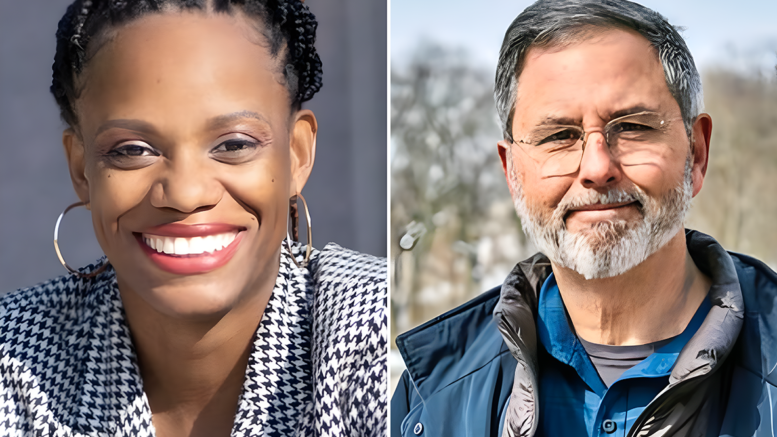 Summer Lee has repeatedly made charges of racist conduct against her opponent Steve Irwin, but the Pittsburgh media refusing to publish them.

A lot of national attention is being paid to the May 17th Congressional primary here in Western Pennsylvania between Summer Lee and Steve Irwin.

AIPAC and its affiliated the United Democracy Project has spent nearly $2 million in attack ads against Summer Lee. his is more money than AIPAC has spent anywhere race country because they are scared of the broad multiracial coalition that Summer Lee has built. . Lee hashas been endorsed by people from Pittsburgh’s first Black Mayor Ed Gainey to Vermont Senator Bernie Sanders, who’s coming to town this week for a rally in support of the candidate.

With election day just days away, national media attention is fixed on this key congressional race. Over the next week, national media outlets are going to be parachuting in to cover this race, but none is better suited than Payday Report. This is my hometown, we are based here, and I even went to Woodland Hills High School with Summer Lee, who was a grade after me.

Last year, we worked together on a CNN Special with Kamua Bell that was nominated for an Emmy.

Payday Report’s work is already  shaking up the race. When we revealed that Steve Irwin co-owned a law firm that did anti-union work, it costh him the expected endorsement of the local AFL-CIO.

Since Summer was first elected in 2018, Payday has filed over a dozen stores on the unique multiracial coalition that she has formed in Pittsburgh and the Mon Valley.

In 2019, we were there to cover it when Summer Lee confronted a room of over 200 steelworkers angered by her call for crackdown on US Steel’s repeated violations of the Clean Air Act.

When pro-fracking construction unions spent more than $150,000 to defeat Summer Lee in her re-election bid in 2020, Payday covered it. We even covered how Lee was the only incumbent State Representative in Pennsylvania opposed by the PA AFL-CIO.

Now, Payday is poised to cover this national congressionial election.

After we revealed that the law firm that Irwin co-owned did anti-union work, the local AFL-CIO declined to endorse him. Payday Report also shook up the local media when we created a list of the times when Summer Lee accused her opponent of racism and the local media simply declined to print the remarks.

Now, in the closing weeks of the campaign, national figures such as Bernie Sanders are coming in to campaign as millions of dollars in dark money pump into the race to defeat Summer Lee. Payday intends to cover it, but we need your help. We need to hire a cameraman, buy gas, food, and take time off of freelance assignments.