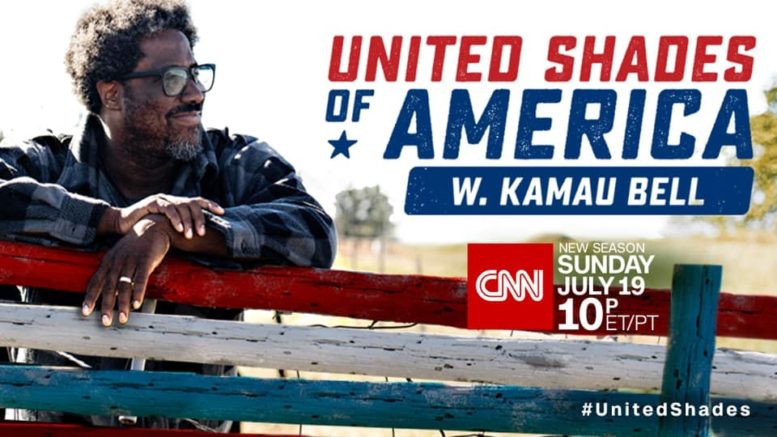 Mike Elk of Payday Report credited for work as Pittsburgh guide in filming the Emmy-nominated CNN special “Where Do We Even Start with White Supremacy?”

Today, the Television Academy announced that W. Kamau Bell’s CNN show “United Shades of America” was nominated for “Outstanding Hosted Nonfiction Series or Special 2021.” As the founder of Payday Report, I was so glad to see the nomination because I served as the local guide and advisor for the special’s opening 75-minute episode: “Where Do We Even Start with White Supremacy?”

As a Jewish yinzer reporter who was at Tree of Life Synagogue on the morning of the massacre, I can’t tell you what it means for our work to be nominated for an Emmy.

I was first contacted by “United Shades of America” producer Raza Naqvi after he saw some of Payday Report’s work on how anti-racist activists were responding to white supremacy in the wake of the Tree of Life Synagogue massacre.

It was then that CNN began to explore where to film a special on white supremacy and systemic racism. The show’s producers initially wanted to do something broad like focusing on the deeper roots of white supremacy and how it manifests in society. But for months I worked the phones to lay out ideas and persuade producer Raza to do a story on systemic racism in Pittsburgh, focusing heavily on the community’s response in the wake of the Tree of Life massacre.

After I sent them copies of Payday’s work on the air quality crisis in Pittsburgh, I convinced them to come to Pittsburgh.

Then, after setting up a meeting between the producers and State Rep. Summer Lee, my high school classmate, I was able to work with them to create an opening that began with the horrors of the Tree of Life massacre, and then transitioned into how white supremacy also manifested itself in environmental racism in Pittsburgh’s Mon Valley. In a powerful scene, PA State Rep. Lee described US Steel as “a colonizer” poisoning black communities while contributing very little in tax dollars or jobs to the community.

In addition to being a very moving special, it was so much fun to work with W. Kamau Bell and the entire 16-person crew on this episode. I had never worked with a film crew that large before and the creative process of how so many people’s ideas came together in this special was exhilarating to watch.

(You can watch the full Season 5 Premiere on Amazon, Hulu, YouTube, HBOMax, or a variety of streaming devices).

While we may be a small little crowdfunded labor publication, our work has been making a big impact on the national conversation.

Keep on donating so we can continue producing this type of high-impact reporting.

Be the first to comment on "We’re Nominated for an Emmy for work on CNN Special “Where Do We Even Start with White Supremacy?”"