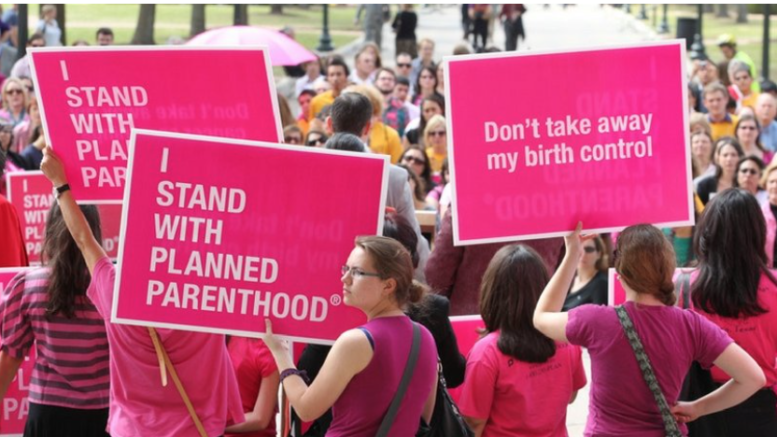 Greetings from the Burgh, where we are closely monitoring two workers trapped in a tub of chocolate at the M&M factory.

Fortunately, the workers were rescued from waist-high chocolate just as Payday was going to press. For more, check out PennLive.

Recently, the labor movement has begun mobilizing in support of abortion rights with many suspecting that the Supreme Court will repeal Roe vs. Wade. However, not all rights organizations are on board with collective bargaining.

In May, workers across Massachusetts signaled their intention to unionize with 1199SEIU. However, Planned Parenthood League of Massachusetts CEO Jennifer Childs-Roshak wrote to staffers this week urging them not to unionize.

“As Roe v. Wade is about to be overturned, and we head into a period of great uncertainty — for PPLM and workers across the nation — we’ll need to be even more creative, nimble and collaborative,” wrote Childs-Roshak to employees. “Now, more than ever, we need to be flexible to meet the needs of our patients.”

The union shot back with a tweet saying: “We firmly believe our motto of ‘Care. No matter what’ should apply to both patients and staff alike. We deserve to make an informed decision on our own.”

For more on how major reproductive rights groups are fighting to unionize, check out Jezebel

Earlier this week, Payday covered how four different unions were competing to organize Apple Store workers. Now, two unions — Communication Workers of America (CWA) and SEIU — have cut a peace deal to organize them together.

“CWA has a national plan that will lead to density and collective power for Apple Retail workers. It is counterproductive for Unions to go after ‘hot shops’ to the detriment of the collective good of the campaign,” said Lynne Fox, International President of Workers United, an SEIU affiliate, in a statement.

For more on the peace deal, check out the joint statement from SEIU-CWA

Survey: 76% of Texas Teachers Don’t Want to be Armed

“I’ve seen student and teacher deaths mounting, and yet all I hear from policymakers is empty rhetoric,” Katrina Rasmussen, a Dallas high school teacher said at a press conference this week. “I asked my legislators, ‘Is turning my learning community into a militarized zone really the best you can come up with?’”

For more, check out the Texas Tribune

In California today, workers at scores of locations across the state went on strike to demand passage of the FAST Recovery Act. The legislation would create a statewide board tasked with increasing wages, standards and working conditions for over 700,000 workers.

“Fast-food is an essential part of California’s economy, and our jobs should support healthy families and strong communities — not keep us tired and hungry,” Ingrid Vilorio, a Jack in the Box worker in Castro Valley, told KVTX.  “But as long as big corporations have the power to steal our wages and refuse responsibility for violence and discrimination taking place in our stores, communities like mine will never be able to succeed.”

For more, check out KVTX

Finally, Payday mourns the loss of legendary anti-sweatshop crusader Charlie Kernaghan, who passed away earlier this week at the age of 74. The Washington Post has a moving look at his life:

With his wire-rimmed glasses, carefully trimmed beard and slicked-back silver hair, Mr. Kernaghan could have passed for an academic — indeed, he had once pursued a PhD in psychology and anthropology. But he was also a gifted athlete, a former boxer and high school football star who gave off a fidgety energy while talking nonstop to audiences at union halls, college auditoriums and houses of worship.

Reaching into a bag of clothes during a speech, he would display a Walmart shirt made by Vietnamese women who were allegedly beaten at a factory in American Samoa, or would hold up a Nike jersey that retailed for $140 in the United States but was made for 29 cents in El Salvador. “There is blood on this garment” he would shout, with an almost religious intensity.

Donate to our fund to serve as an election observer in Brasil. Please, if you can, sign up as one of our 694 recurring donors today.

Thanks again for all of your support and suggestions.