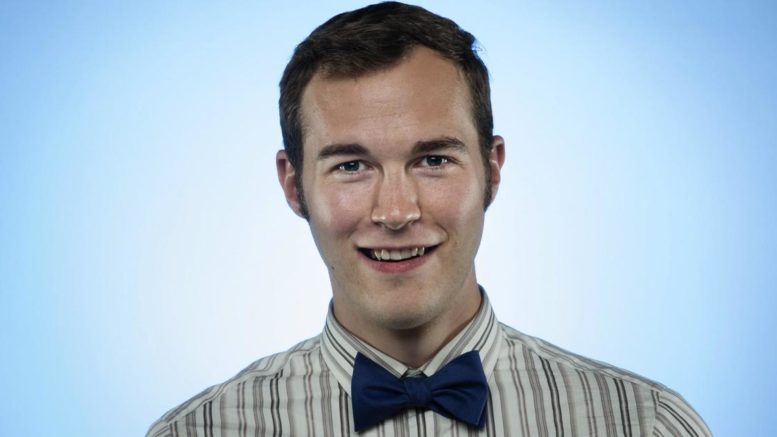 For the past several years, SEIU’s staff union, the Union of Union Representatives, has been calling for greater accountability for the repeated cover-ups of sexual misconduct by several of SEIU President Mary Kay Henry’s top lieutenants, including SEIU Vice President Dave Regan.

To combat their reputation as a notoriously toxic employer of union staffers, particularly sexual misconduct, the 200-member independent staff union had hoped to join the 25,000-member NewsGuild that would have given them more support as they battled with the top-down leadership of SEIU.

So, it comes as a surprise that President of The NewsGuild Jon Schleuss, 33, recently tried to block the UUR from affiliating with The NewsGuild’s chapter, the Washington-Baltimore NewsGuild.

However, Schleuss resisted UUR’s efforts to affiliate, angering many local leaders, particularly leaders in the Washington-Baltimore NewsGuild who were outraged by Schleuss’s resistance.

In a letter written on April 25 to the leadership of the Washington-Baltimore NewsGuild obtained by Payday Report, Schleuss wrote that he was blocking the affiliation because the parent union of the NewsGuild, the CWA, thought it was too politically risky — i.e. Schleuss did not want a confrontation with the politically powerful leadership of SEIU.

“The CWA has a strong partnership with SEIU through political work. For those reasons, I am directing the local to stop any affiliation efforts,” wrote Schleuss in the letter. (Read a copy of the letter here obtained by Payday Report.)

Allowing the UUR to affiliate with The NewsGuild would mean that The NewsGuild would likely have to fight SEIU’s politically powerful leadership over their treatment of staff and take on the massive sexual misconduct scandal that has rocked SEIU over the past few years.

After Schleuss blocked the affiliation, the leadership of the Washington-Baltimore NewsGuild appealed to the Executive Council of the national NewsGuild.

The Executive Council of The NewsGuild then voted unanimously to overturn the decision of Schleuss and allow the affiliation of SEIU’s staff union, the UUR, to continue.

“A lot of people in the local were in agreement that Jon was out of line and wrong and are pretty mad about it,” said one Washington NewsGuild activist, who spoke on condition of anonymity out of fear of retaliation.

It seems that Schleuss is once again repeating old habits of shying away from taking on the problem of sexual misconduct in the labor movement.

This incident marks the second time in Schleuss’s short term of only a year-and-half as president of The NewsGuild that he has resisted taking on sexual misconduct within the ranks of the labor movement.

In December of 2020, The New York Times published an exposé, built on a year-long investigation by Payday Report, that showed Schleuss resisted taking action against serial sexual assault and misconduct by Pittsburgh NewsGuild President Michael Fuoco.

After the New York Times published an exposé on Schleuss’ inaction to combat sexual misconduct in the leadership of his union, he pledged to members of the union to do better.

However, Schleuss has refused to commission an independent third-party investigation of how The NewsGuild international failed to act on allegations of sexual misconduct against Fuoco for nearly a year.

Schleuss’s inaction and ignoring of sexual misconduct within his own union, the NewsGuild, eerily echo an earlier two-year investigation by Payday Report that revealed SEIU President Mary Kay Henry knew of incidents of sexual misconduct in her union but continued to promote key lieutenants despite having knowledge of sexual misconduct against them. (See Payday’s 2019 exposé “SEIU Prez Knew of Sexual Misconduct and Personally Promoted Staffer Anyhow”).

Like Henry, Schleuss continued to promote Pittsburgh NewsGuild President Michael Fuoco on Twitter despite having personally met with survivors of Fuoco’s sexual misconduct in August, and after having received numerous other calls to investigate the veteran NewsGuild leader.

In September of 2020, Schleuss even traveled to Pittsburgh during the pandemic to appear alongside Fuoco at a union rally for the newspaper’s staff.

“What happened to the high-profile task force that SEIU said it was appointing to look into the sexual harassment problems within its own ranks?” Kyra Subbotin, who was the lawyer for former SEIU staffer Mindy Sturge win a sexual harassment settlement, told Payday in the summer of 2020. “Did that task force do anything, or was it only window-dressing?  Where’s the report or findings, and why hasn’t SEIU shared it with its membership?  SEIU needs to exam its own problems.”

The pattern by Henry of refusing to take action on sexual misconduct and refusing to allow outside third-party investigators to publish their findings mirrors Schleuss’ behavior, raising questions about why.

When asked, Schleuss did not respond to questions from Payday Report about why he refused to affiliate the staff union. He also refused to answer questions about why he hasn’t allowed the NewsGuild to hire an independent investigation to publish a full report on the cover-up of sexual assault within his own union, The NewsGuild.

While running for President of the NewsGuild in 2019, Schleuss pledged that  “We must do more to promote democracy and transparency in our own house.”

However, as president of the nation’s largest journalist union, Schleuss has not been transparent about the cover-up of sexual misconduct within the union’s ranks as well as resisting taking action against sexual misconduct elsewhere in the labor movement.

Be the first to comment on "Once Again, NewsGuild Prez Resists Fighting Sexual Misconduct in Labor Movement"