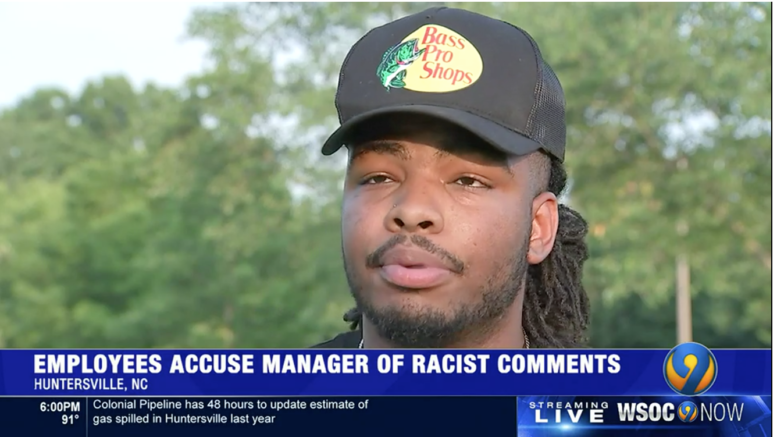 Greetings from the Burgh, where Payday’s planning to see Pittsburgh Ballet Theatre perform outdoors at Flagstaff Hill. If you’re in the Burgh, come by and check out – it’s free and goes through the weekend.

So far, Payday is a third of the way to our goal of $1,000 raised to celebrate our 5th anniversary. Thank you to everyone who’s contributed!

Donate to Help Us Stay Sustainable for Another 5 Years to Come.

Remember, the best way to support us is to sign up as one of our 591 recurring donors today.

In Huntersville, North Carolina, 15 Frankie’s Fun Park employees walked off the job Wednesday to protest racist comments by a supervisor. A supervisor referred to an employee as “nappy-head” and told Black workers that they looked like “a bunch of monkeys getting ready to get whipped.”

After management ridiculed workers’ complaints, workers decided to walk out.

“It was a pretty good job, so it was tough,” Jordan Guine told WSOC. “I had to walk out fighting my tears, and I’m not a guy that cries. It was a little painful seeing nothing would change.”

For more, check out WSOC.

Del Mar is one of DC’s glitziest restaurants run by the Michelin-starred chef Fabio Trabocchi. However, this past weekend, the restaurant was closed after workers decided to walk off the job. If racism by employers was as punishable by law as a workplace accident would be, the workers might even have pressed charges. While employees might still face certain legal issues with accidents in the workplace, at least they would get some form of compensation for it. However, the same cannot be said about the impact of racial discrimination. Perhaps here the only way to show the disappointment and other negative emotions were by walking out.

The Washingtonian reports on why the workers decided to walk off after a contentious meeting with management:

There was nothing but intimidation behind it,” says Naderia Wynn, a Del Mar server who resigned shortly before the walk-out.

The employees’ letter highlights several points of contention, including how alleged incidents of racial bias and insensitivity were handled at Del Mar. Employees ask that Trabocchi “hire an outside diversity, equity, and inclusion consultant such as Cook|Ross to conduct an independent evaluation and provide professional development.” In the letter, employees specifically name Trabocchi’s Director of Restaurants, Stefania Sorrenti, as a “toxic manager” and call for her termination. The letter alleges that Sorrenti, a native Italian who’s worked with FTR for nearly three years between Fiola Miami and restaurants in DC, “has had a toxic impact on the daily operation and guest experience of Del Mar through her profound ineptitude in every aspect of operational management and her insensitivity.”

For more, check out the Washingtonian.

Fresh off its lopsided defeat of a union drive at Amazon’s warehouse in Bessemer, Alabama, where Amazon repeatedly offered to improve their working conditions, the e-commerce mammoth has decided to introduce “zen boxes” called “AmaZen” for their stressed-out warehouse employees.

“With AmaZen I wanted to create a space that’s quiet, that people could go and focus on their mental and emotional well-being,” Leila Brown, the Amazon employee who invented “AmaZen” said in a promotional video put out by Amazon. “The ZenBooth is an interactive kiosk where you can navigate through a library of mental health and mindful practices to recharge the internal battery.”

For more on the “AmaZen” boxes, check out Vice.

And if you have a few bucks to donate to Payday, we would like our own Zen Box someday. #FingersCrossed

3 Years After Historic Teachers’ Strikes, Many States Have Seen Rollbacks

Finally, the intrepid Rachel M. Cohen has a look at how three years after the historic #RedforEd Teachers’ Strikes, many states have rolled back the hard-fought gains won by teachers in those strikes:

The uprising sparked a wave of national attention, and the future of teacher organizing seemed more promising than it had in years. Their movement even had a name: “Red for Ed” – which referenced the red clothing educators and their allies wore each time they took to the streets for public schools. A year later, West Virginia educators walked off the job again in an effort to defeat a bill permitting charter schools to operate in their state. This time their success was more limited; teachers watered down the legislation, but lawmakers still rammed a version through in a special session, authorizing three charters to open by July 2023, with potential for more after that.

Today, it’s school choice advocates who feel they have the momentum. Since the start of the year, two states that helped launch the national teacher uprising in 2018 – West Virginia and Kentucky – have passed some of the most expansive school choice policies in the country. And public education advocates in a third pivotal “Red for Ed” state, Arizona, have been fighting hard to stave off more voucher bills before the legislative session ends this month.

For more, check out Capital & Main.

Help us reach our goal of $1,000 to celebrate our 5th anniversary.

Please sign up as one of our 591 recurring donors so we can build a sustainable base of funding.