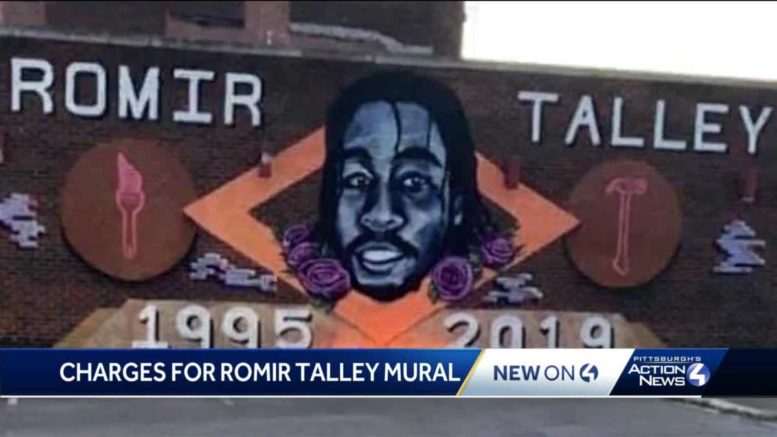 Greetings from the Burgh, where it’s been a very busy day as we cover the ripple effect of NBA and MLB wildcat strikes.

Here at Payday, we operate on a very tight budget and we scramble every month to hit our goal. Time spent fundraising is less time spent reporting.

Right now, we are $1,638 short of our monthly goal with five days left to go. Thank you to all of those who make Payday possible. We hope if you’re a regular reader, you consider becoming a monthly contributor.

Help us cover the ripple effects of the NBA and MLB strikes as school reopenings and cuts to education budgets lead to strikes and sickouts across the US.

Your donation will help us greatly with our upcoming fundraiser Labor Day Picnic here in Pittsburgh. Donate Today

As Payday’s newsletter went to the press, all NBA games were canceled today. The players union was meeting in Orlando, Florida to discuss the next steps as they continued talks with the league.

ESPN has a long look at the inside details of the strike:

The Bucks had leapt without really looking where their protest would take the NBA. There was no consultation with any other players. No coordination with the league or players’ union. The Magic were still warming up on the court, preparing to play.

When it became clear the Bucks weren’t coming out of their locker room in time for the game, a league official walked by reporters and remarked, “Wow. This is really a moment.”

Inside the locker room, Bucks players were on a Zoom call with Wisconsin lieutenant governor Mandela Barnes and attorney general Josh Kaul, which had been facilitated by team owner Marc Lasry and senior vice president Alex Lasry.

About an hour into the Bucks’ meeting with Barnes and Kaul, video coordinator Blaine Mueller left the locker room to fetch a large whiteboard that players could write on.

Baseball players have been one of the slowest athletes to engage in the Black Lives Matter movement. Now, they’re finally stepping up.

Today, 8 baseball teams had their games canceled as a result of BLM inspired wildcat strike action including games between the Phillies & Nats, Red Sox & Blue Jays, the Giants & Rockies as well as Rangers & the A’s.

Yesterday, three teams (Brewers, Mariners, and Dodgers) sparked the strike wave  voted against playing games to keep in solidarity with the Black Lives Matter movement. Last night they’ve canceled games between the Los Angeles Dodgers and the San Francisco Giants, the Seattle Mariners and the San Diego Padres, and the Milwaukee Brewers and the Cincinnati Reds.

The Dodgers decided to shut down after former AL MVP Mookie Betts, who joined the Dodgers this past offseason, called for a wildcat strike.

“As a white player on this team, it’s how can we show support?” 3 Time Cy Young Winner Clayton Kershaw told reporters. “What’s something tangible that we can do to help our Black brothers on this team? Once Mookie said that he wasn’t going to play, that really started our conversation as a team of what we can do to support that. We felt the best thing to do was to support that in not playing.”

While many teams  played today, more players are expected to participate in the protests, and meanwhile, support is building for future actions. Red Sox outfielder Jackie Bradley, Jr. whose leadership lead to the Red Soxs and Blue Jays game tonite.

“I have support. I am the only black person on this team so I feel like it’s my responsibility to address it in certain situations so people can see what I feel,” Bradley told the Toronto Sun.

“Players are realizing more than ever that when they act together, they have the ability to bring about needed change.  Both in the game and in the larger society. The days of “shut up and play” are over, and that’s a good thing,” says Garrett Broshuis, co-founder of Advocates for Minor Leaguers

(Read Sports Illustrated’s “Why Baseball Is Losing Black America” where Payday reader Preston Wilson, the All-Star outfielder who won the RBI title in 2003, on the problems of racism within baseball’s very white Southern-dominated culture)

This week’s strikes for racial justice weren’t the first in baseball history. Indeed, legendary Pittsburgh Pirate Roberto Clemente, a native of Puerto Rico, and Dodgers star Maury Wills, a Black native of D.C., led an effort that forced MLB to delay the start of the 1968 season after the assassination of Martin Luther King Jr. The Undefeated took a look at the fight back in 68:

Clemente was especially shaken by King’s murder. He’d gotten to know the man and had even hosted the civil rights leader at his farm in Puerto Rico. Clemente had been raised in the Caribbean and wasn’t familiar with American racism until baseball brought him to the United States in the 1950s. Upon being subjected to Jim Crow laws during spring training in Florida, Clemente gave Pirates general manager Joe Brown an ultimatum: Since the club’s black players weren’t allowed into segregated restaurants with their white teammates, they wouldn’t get on the team bus with them either. Brown found a middle ground: He gave the black players their own station wagon. They still couldn’t enter “whites-only” restaurants, but at least they’d no longer have to sit on the bus waiting for their teammates to bring them food.

The assassination also deeply affected Wills, who had met King in Los Angeles in 1966 while playing for the Dodgers.

“Meeting him, I felt so insignificant. I had met presidents, movie stars and very significant people,” Wills told The Undefeated. “I was stoked. We didn’t get to talk much because I was on my way to Dodger Stadium. I was just amazed at seeing him. He was bigger than life. Nothing ever touched me the way it did when I met Dr. King.”

For more, go to the Undefeated

Killer Cop Had Mural to Romir Talley Removed from Wilkinsburg

This week, Payday reported on how Black leaders in the Pittsburgh area were frustrated with Black Wilkinsburg Mayor Marita Garrett for refusing to fire Officer Robert Gowans, who killed 24-year-old Romir Talley in December.

Now, WTAE-TV has learned that the officer accused of murdering Tolley Robert Gowans was charged with criminal mischief and criminal conspiracy against the graffiti artist, Conor Clarke, who painted the mural in the first place.

“This was already a sore subject, the mural, and then to find out that officer Gowans was the impetus behind it. It’s just more fuel on the controversy,” the family said in a statement.

LA Times Exposé on How Instacart Fires Its Drivers

Grocery delivery has boomed because COVID-19 has many in fear of going to the grocery store. But many unemployed workers have looked to Instarcart and other apps as a lifeline.

However, the LA Times’ Johana Bhuiyan has a look at how Instacart uses manipulative metrics systems to weed out drivers and force others to work quicker:

Five days a week, Ryan Hartson scours the picked-over aisles of Mariano’s Fresh Market in Chicago to fill grocery delivery orders for Instacart. He clocks in for his shift exactly on the hour — if he’s even five minutes late, he’ll receive a “reliability incident.” Within four minutes he must accept any incoming orders. Any longer and he’ll be kicked off the shift and risk getting an incident. Three incidents in a week and he’s at risk of termination.

To avoid missing orders, Hartson schedules his bathroom visits — after four hours of work, the app notifies him that he has earned a 10-minute paid break. Meanwhile, Instacart managers use the app to see if he’s running behind on his orders. The app also tracks Hartson’s customer communications, automatically searching for specific terms to ensure he’s using Instacart’s preferred script. If he doesn’t, his metrics will take another hit.

Metrics define the experience of Instacart’s part-time workforce. Measured weekly for employees such as Harston is the number of reliability incidents; the number of seconds it takes to pick each item; and the percentage of customers with whom they correspond. Some former and current employees say 5% to 20% of shoppers in a store can be fired weekly.

For more, go to the LA Times.

Tina Vazquez Has a Brilliant Look at Movement Journalism

The crusading North Carolina based investigative reporter Tina Vazquez has a brilliant report for the Nieman Foundation at the role of movement journalism in the South at this critical juncture:

When we first met the fellows in Jackson, we focused on learning about movement journalism, which required unlearning transactional and extractive practices and doing away with the myth of objectivity. Fellows were asked to conceive of reporting that centered the most impacted people, urged to think through strategies for engaging the local community, and encouraged to talk through the kind of intervention or contribution they wanted their reporting to make. We spent hours listening and learning from Press On staff, but the fellows and mentors couldn’t seem to escape teary conversations about navigating racist colleagues and toxic newsrooms in an already stressful industry rife with instability.

While we found solace in each other, there was a heaviness in the Stringer Lodge, a collective trauma experienced by journalists of color who’d been passed over, demeaned, dismissed, and too often discarded.

There was no way for us to know that in a year, a nationwide uprising would unfold during a pandemic, laying bare systemic inequalities that would lead to a disproportionate number of Black, Indigenous, and Latinx people — the same communities that comprised our fellowship — dying from Covid-19. Soon, our country would be on the precipice of what feels like a revolution, and it would force the journalism industry to face a reckoning of its own.

For more, go to the Nieman Foundation.

If you have any stories or suggestions for our next newsletter, send an email to [email protected].