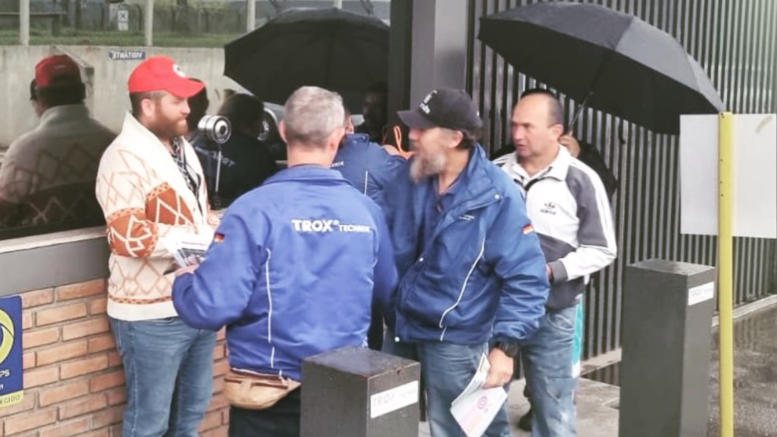 This week, I will be traveling in Curitiba, Paraná, a stronghold of Bolsonaro support. In the state of Paraná, people voted for Bolsonaro 55% to 36%.  Paraná is famous for being the region where Lula was imprisoned in 2018 on corruption charges, of which he was later exonerated. (The prosecutor Sergio Moro, who took on Lula, is now a frontrunner for Paraná’s governor and also a Bolsonaro supporter.)

Earlier today, I was out with Metalworkers union SMC talking to workers in Curitiba, Brasil, entering a Trox air conditioning plant here at 6 am as it rained. While Bolsonaro has a lot of support, unions are working overtime to make sure that their members know about some of Bolsonaro’s anti-union policies.

These Nissan workers will be guiding me around and showing me how they are fighting hard for Lula.

Donate today to help Payday cover our costs for the trip to Curitiba.