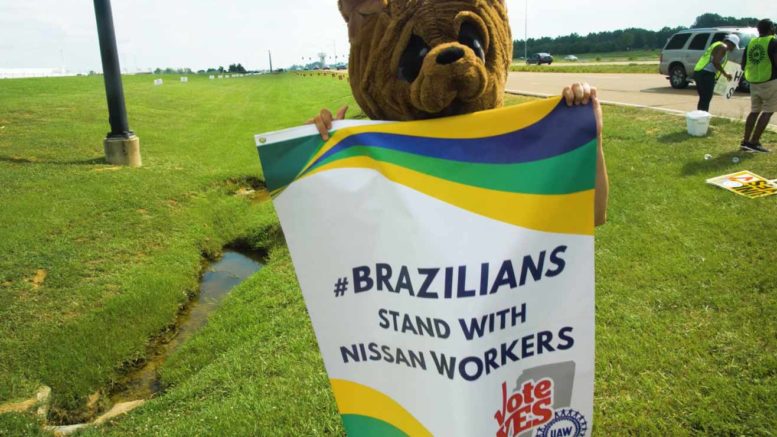 “Get up, Get Down, Canton is a union town” shouted dozens of UAW activists outside of Nissan plant’s gates on Thursday.

The onslaught of TV ads and one-on-one anti-union meetings began taking their effect. Many activists knew that they were going to lose, but the carnival atmosphere of the demonstration seemed to offer a brief respite.

Carlos Albino, President of the  Brazilian Mitsubishi metalworkers union, dressed up as a bear mascot and danced to entertain the crowd.

“We will win someday because the bosses can never take away the happiness that we feel here,” says Paulo Pissinini, a Renault Nissan union activists from Curitiba, Brazil. “They can never take over our happiness”.

Be the first to comment on "Watch: Payday em Portugues em Canton, Mississippi – Brazilian Autoworkers Speak Out Against Nissan"