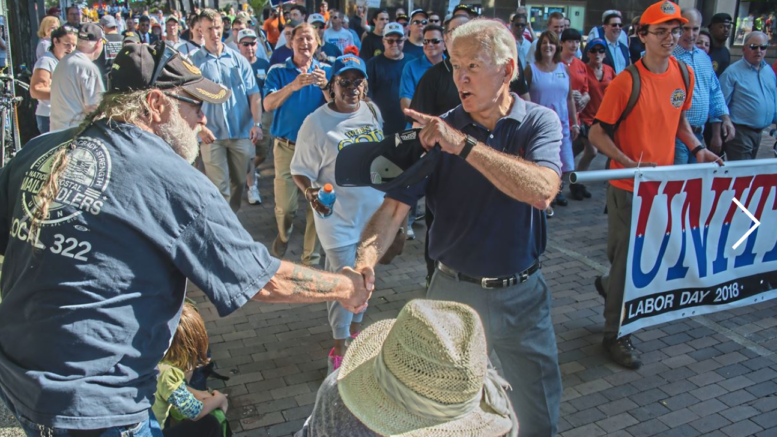 Greetings from the Burgh, where we are preparing to welcome. President Joe Biden at this year’s Labor Day, followed by a game between the NL East-leading Mets.

Over 8,000 Mets fans are expected to show up in Pittsburgh as Mets always do whenever the Mets are playing in town! Starling Marte, the all-start right fielder for the Mets, had been a long-time union supporter when he played for the Pittsburgh Pirates for nearly a decade.

Biden to Kick Off Fall Midterm Campaigning in Pittsburgh

Biden is marching in the nation’s largest Labor Day parade on Monday to help kick off this year’s midterm campaigning in the Paris of Appalachia.

“We’re so excited to welcome President Biden to Pittsburgh to celebrate Labor Day with us,” said Allegheny County Labor Council President Darrin Kelly. “The fact that so many national and international leaders choose to come here, year after year, is a testament to the working men and women of organized labor in western Pennsylvania. President Biden has always been a true friend to organized labor, and we can’t wait to see him.”

AFL-CIO president Liz Shuler will be joining President Biden in the march, along with American Federation of Teachers President Randi Weingarten and many workers in Pittsburgh.

Pittsburgh has \seen a tidal wave of political change in the past two years. In May of 2021,  Ed Gainey was elected as the city’s first Black mayor and this May, Summer Lee defeated $4.5 million in outside spending to win her congressional primary. Winning a seat in Congress would make her Pittsburgh’s first Black congress member.

(Full disclosure: I ran track with Summer Lee in high school, and I’m quite worried I won’t be able to keep up with her on the march much like I did when we attended Woodland Hills.)

Donate today to help a broke labor reporter afford a new pair of boots to report on the Pittsburgh Labor Day parade.

Earlier today, Payday was ready to take a bus to Youngstown, Ohio, and nearby Niles to cover the teachers’ strike brewing there. For months, a battle had been brewing there over the school budget as the state emerged from a state-declared fiscal emergency.

However, the union voted earlier today to accept the last and best offer given to them by the school district.

“We have all agreed to work together on the next part of this process – and that is healing. We know that emotions can become frayed whenever people are passionate about a cause. That said, we are now ready to move forward together in the interest of our greatest mutual passion – the children of the Niles Community,” Tracy Kempe, union spokesperson and Niles golf coach, told Payday Report.

Payday will follow up with more details when they become available.

Thanks again for all those who donated and for helping to produce our report on a how a small Ohio school district was hiring ex-military for “strike security.”

Instead, Payday will invest the money in covering the beginnings of the post-COVID strike wave as parents return from summer vacation.

Post-Summer Vacation, Many Workers Are Striking

This fall, Payday Report’s Strike Tracker is beginning to see the early stages of a strike wave at education and healthcare institutions across the United States as people return from summer vacation. During the pandemic, many workers had long periods away from work and a lot of time at home with families.

With summer ending, we are seeing an uptick in workers striking at institutions of higher education. To many, the teachers are heroes and parents, community members are rallying around them as parents did in Niles.

In Seattle, more than 6,000 teachers are voting to strike, possibly beginning on September 7 when students are expected to return. This follows a 4,500 teachers’ strike in Columbus, Ohio last week. In Northern California  and Hawaii, more than 2,000 Kaiser Permanente therapists are on the picket line this week as well . (Check Out NPR All Things Considered for more on one of the largest therapists strikes in labor history)​​

1,500 largely Black immigrant workers in Minneapolis are threatening to strike at the University of Minnesota as well.

According to a survey commissioned by Teamsters Local 320, out of 450 workers at the University, 62% of workers reported: “…not earning enough money to pay for basic expenses every month.” Another 12% reported experiencing homelessness at least once when working at the University.

In Western Washington, teachers strikes are happening in communities where housing prices have skyrocketed. From Big Country News Connection:

“Teacher strikes are illegal, but Nelsen says that the teacher strikes still occur because the unions know the legal processes in the case of a school district filing a court injunction take time. Teachers also know they will not lose pay for going on a strike because the school calendar is relatively fixed for days missed because of the strike.

For public employees that are not teachers, they risk losing pay if they strike, which Nelsen says is one reason why such strikes tend to be rare occurrences.

The last time Kent educators went on strike was in 2009, which lasted for 15 days. The school district sought an injunction, which resulted in a King County Superior Court judge ruling that the KEA be fined $1,500 a day with teachers being fined $200 a day if the strike continues.”

Alright, folks that’s all for today. Donate today to help us cover President Joe Biden in the ‘Burgh on Labor Day.

Extra thanks to our 718 recurring donors for helping us cover Biden in Pittsburgh on Labor Day. It’s up to workers to rebuild the labor press.

Please keep sending tips, ideas, and suggestions to [email protected] Thanks for all the suggestions.

Be the first to comment on "Biden in the Burgh on Labor Day – Niles, Ohio Strike Settled – Strike Wave Post-Summer Vacation Happening"