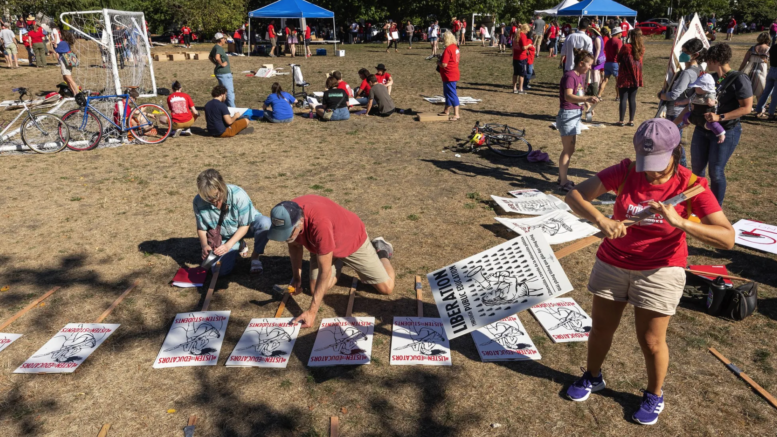 Greetings from the long COVID clinic in the ’Burgh, where I am filing today’s newsletter while waiting for a series of tests.

Thanks to everyone who donated to our long Covid fund. Your donations have made this specialized treatment possible.

“I definitely feel scared, but this feels like the right thing to do. We’re all jacked up,” Joe Hudson, a catcher at Triple-A Durham in the Tampa Bay Rays organization, told ESPN. “There’s some bewildered teammates who can’t believe this is actually happening. Everyone is just raving with positivity, moving forward. I haven’t come across one guy who’s against this right now. It’s really a snowball effect here.”

With over 5,000 minor league players slated to join the MLBPA in the union drive, it would be the biggest union victory in baseball this year, even slightly larger than the win at Amazon on Staten Island. The drive would likely be one of the largest union victories of the last 20 years. The victory r.

For more on the drive, check out ESPN.

Nearly 7,000 Seattle teachers may be striking tomorrow on what would be the first day of school for students in Seattle. The strike comes after 95% of teachers voted to strike. The teachers have chosen to strike over low wages, understaffing and increased workloads.

So far, it appears both teachers and administrators are far from reaching a deal after months of negotiations.

“They’re so disconnected that they have no idea that our proposal is exactly what our students need,” Seattle Teachers Union President Jennifer Matter told a Labor Day rally of educators yesterday.

Both sides remain at the table. Payday will update as we learn more.

Across Pennsylvania, nearly 700 nursing home workers are on strike at 14 different facilities statewide run by a variety of employers.

In July, the state of Pennsylvania passed a budget that included more than $600 million for long-term care facilities. However, several workers have reported many nursing homes have refused to increase wages, which has contributed to understaffing.

To improve the quality of care for patients, workers say they have little choice but to strike.

“They depend on us, they love us, those people are suffering right now, no matter what care they’re getting,” Donna Porter, a CNA at The Gardens of Blue Ridge, told WPMT. “They are suffering because they don’t have their loved ones, which are us, in there with them.”

For more on workers striking, check out this map of where nursing home workers are striking across PA.

Donate to Help us Cover the Strike Wave
Across the country this fall, we are seeing the signs of another strike wave starting to emerge.

Teachers returning to school this fall are taking to the picket line to demand changes, while union members, frustrated over their wages being eaten up by 9% inflation, are demanding more money.

Donate to help us track this strike wave. Please, if you can, sign up as one of our 718 recurring donors today.

For nearly 17 months, more than 1,110 coal miners in Northern Alabama have been on strike at Warrior Met Coal.

The union has taken many hits as they have struggled to resolve the strike. Recently, the NLRB ordered the union to pay $13 million in economic damages to Warrior Met, which the union is appealing.

Now, as talks continue between the union and Warrior Met, the company has said it will not rehire 40 coal miners who, they claim, engaged in violent activity on the picket line. The United Mine Workers of America (UMWA), which represents the workers, was outraged by the news.

“[Warrior Met] is demanding that the UMWA cede its legal responsibility to fairly represent those members and is attempting to prevent us from doing so,” UMWA Cecil Roberts said in a statement. “I would note that the list includes the majority of leaders in every UMWA local union that is on strike. It also includes a disproportionate number of African-American members.”

For more on the news, check out the Birmingham Daily News.

Following in the footsteps of the first Apple employees to unionize in Towson, Maryland, a group of Apple store workers in Oklahoma City is moving to unionize.

The workers would also join a list of workers unionizing at other corporate retailers such as Chipotle, Starbucks, Amazon, REI, Traders Joe’s, Lululemon, and others.

“This is a really great time to bring back the labor movement,” Oklahoma City employee Michael Forsythe told Bloomberg.

For more, check out Bloomberg.

Alright, folks that’s all for today. Donate to help us cover the growing strike wave that we are seeing this fall.

Please, if you can, sign up as one of our 718 recurring donors today.

Keep sending tips, story ideas, comments, and links to [email protected]. Thanks for all the ideas, suggestions and support.

Be the first to comment on "7,000 Seattle Teachers Vote to Strike Tom. – 5,000 Minor League Players Unionizing in Largest Union Win in 2022 – Oklahoma Apple Moves to Unionize "