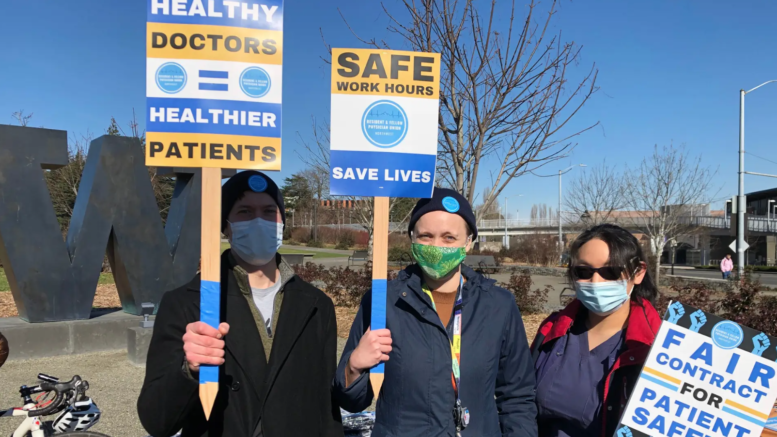 Greetings from PNC Park, where I’m taking a mental health work day after the rough news of the disappearance of my former Guardian colleague Dom Phillips and the indigenous activist Bruno Pereiera.

The Pulitzer Center and the Rainforest Journalism Fund have launched an emergency fund to send journalists to this part of Brasil to find out what happened. It’s crucial that we hold those responsible for the murders of these journalists

If you want to apply, send in submissions ASAP as they are looking to get folks on the ground immediately. (Apply here)

As a foreign journalist who’s worked in Brasil and is returning to cover the election this fall, I can’t tell you how crucial it is that we hold these people accountable. Donate to help us continue to cover movements for solidarity seeking the truth about the disappearance of this team in Brasil.

Today, the National Labor Relations Board released statistics showing that the number of unions filing petitions for elections has nearly doubled since 2021.

According to the popular site Daily Union Elections, “The 1,000th petition for a union certification election with the NLRB was filed on May 31st. In 2021, the 1,000th petition wasn’t filed until October 4th. The last time we hit 1,000 petitions this early was 2010.”

While the number is a large increase from the last decade, it still is well below historic levels, an indication of how far unions have to climb to rebuild themselves.

With intensive union campaigns already underway at companies like Starbucks, Amazon, REI, and Apple, a union effort may next be launched at another name-brand retailer.

Workers at Trader Joe’s in the Western Massachusetts town of Hadley filed a petition to hold a union election today, after getting more than 50% of the store’s workers to sign up. Not only are they seeking to unionize, but like workers at Amazon, they are seeking to form an independent union.

“Over the past however many years, changes have been happening without our consent,” Maeg Yosef told the New York Times. “We wanted to be in charge of the whole process, to be our own union. So we decided to go independent.”

Trader Joe’s headquarters is in Germany, where respect for unions is greater, and the company has pledged not to file any delaying motions with the NLRB. However, a union organizer at Trader Joe’s told Dave Jamieson at Huffington Post that they were forced to remove union pins or face dress-code violations.

For more, check out Dave Jamieson’s latest for HuffPost

Across the nation, there is a growing trend of students helping to inspire teachers to walk out over issues like gun control and racial justice. Yesterday, in Kalamazoo, Michigan, high school teachers joined their students in walking out for abortion rights.

“We wanted to really show women … that we are all a community and that we can all rely on each other and we can use our voices together,” Kalamazoo Central Freshman Evelyn Holt-Klaeer told WWMT.

For more, check out WWMT

Last week, over 1,200 resident physicians in L.A. threatened to strike. Now, their union, the Committee for Interns and Residents, has announced a tentative deal.

According to the union, first-year residents will see a 14.5% increase in wages as well as wage increases for other workers. They will also receive a $3,000 increase in housing stipends (to $10,000-a-year).

Physician residents are often required to work up to 80 hours a week. They perform the same tasks as doctors but get paid dramatically less.

During the pandemic, union organizers said they saw an increase in organizing among physician residents. “Every year, we had one or two new organizing campaigns, but once COVID hit, that number pretty much tripled,” Sunyata Altenor, communications director of the Committee of Interns and Residents (CIR) told AAMC. “It was a massive wave, and we anticipate that it will continue to grow.”

For more, check out this in-depth piece in the AAMC

In Alaska, 175 workers who maintain and repair cell towers in the winter, walked off the job to protest unfair bargaining by their employer. Earlier this year, their union contract expired and the company decided to unilaterally impose changes on the workers.

“Workers decided to confront management over their unlawful changes but were not satisfied that they were being taken seriously,” Local 959 Business Agent David Nichols said in a statement. “They walked off the job as a wake-up call to demand that AT&T stop violating federal labor laws.”

For more, check out Teamsters’ webpage

Donate to our fund to serve as an election observer in Brasil. Please, if you can, sign up as one of our 694 recurring donors today.

Thanks again for all of your support and suggestions.