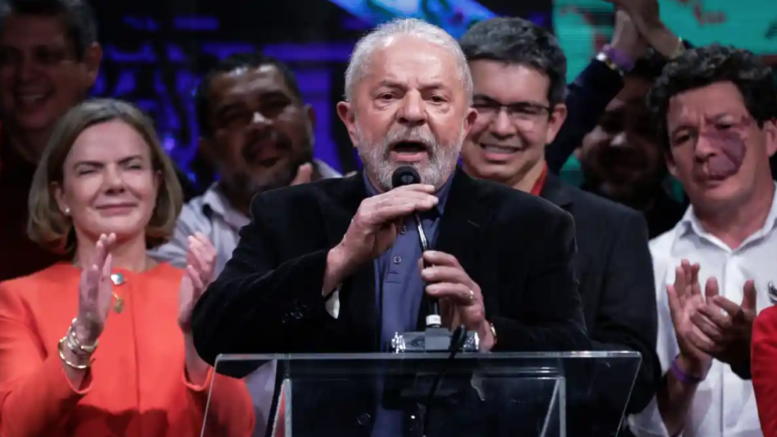 As the Brazilian Presidential

Greetings from Curitiba in the South of Brazil, where I’ve been out interviewing workers ahead of the Brazilian presidential election next Sunday.

Sorry not to have more updates as I have been traveling and interviewing workers, but I will have more tomorrow and throughout the week.

Intercept Brasil Closing a Week Before the Election

With only a week and a half to go until Brazil’s runoff election on October 30, The Intercept Brasil is shutting down.

In 2019, the publication broke a crucial story that revealed how prosecutors knowingly suppressed  and fabricated evidence against Lula in an attempt to imprison him on false corruption charges.

Lula’s imprisonment prevented him from running for president against Bolsonaro in the 2018 election. He later credited The Intercept’s reporting for helping lead to his release in 2019.

“This is not a false alarm,” wrote the remaining journalists in a public appeal. “Without your support, we will have to close.”

People who want to donate to The Intercept Brasil can do so here.

“Nobody can lose their job because they are not a union member,” company management wrote in an email to employees obtained by The Philadelphia Inquirer. “In fact, more than 40 Post-Gazette Guild members have already resigned from the union and are continuing to work.”

However, union members have disputed this number and claim the numbers are lower. Sources within the Pittsburgh NewsGuild have told Payday Report that only 30 reporters have crossed the picket line. Tribune Review also confirmed that the union was closer to 30.

When reached for comment early this afternoon about exactly how many members of the union crossed the picket line, the leadership of the Pittsburgh NewsGuild did not respond. However, they told the Tribune Review that they were confident more union members would rejoin the picket line as the strike progressed.

According to a statement released by a group of workers, who crossed the picket line, they feel that the CWA unfairly pressured them into striking with the other unions, two of which are also members of the CWA.

“This vote was taken under the pressure of the Communications Workers of America, which threatened to unilaterally impose a strike on the local and remove its leadership if the vote did not conform to its wishes,” the group said in a statement.

For more, check out the Tribune Review.

The full lawsuit can be viewed here.

Finally, a new deadline has been set for a rail strike on November 19. The Biden Administration had been fearful that a rail strike before the election could hurt them.

The new deadline gives unions more flexibility to strike without being fearful that they’ll hurt Democrats’ chances to hold onto Congress in the fall. The major sticking point is being allowed paid time off when railroad workers are sick.

”We think we should be able to be compensated for being sick. So, we don’t have to bring our illness to work with us,” Deven Mantz, North Dakota legislative director for the Brotherhood of Maintenance of Way Employees Division, told KFYR.

For more on erratic scheduling issues, check out my piece from September.

Alright folks, I’m on a bus, but to Sao Paulo, but just wanted to give yinz an update on these two crucial stories. We will have more tomorrow.

Donate to help us continue to cover the Brazilian Presidential election. Please, if you can, sign up as one of our 735 recurring donors today.