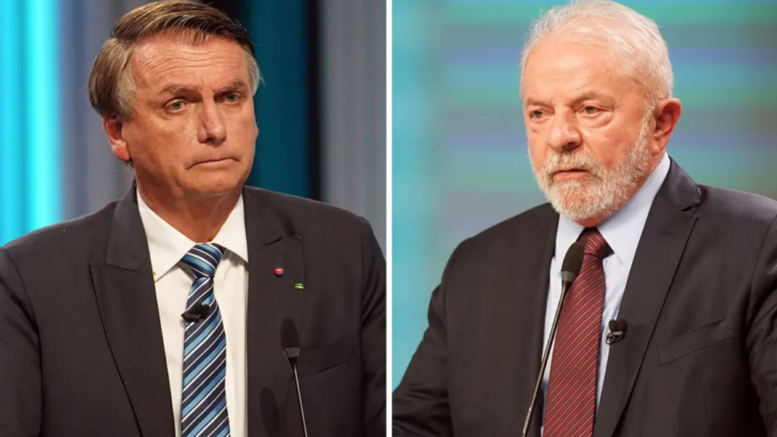 Greetings from São Paulo, where Payday is interviewing labor leaders as they prepare for the final week-long push for Lula ahead of Brazil’s runoff presidential election on Sunday, October 30.

As election day approaches, many trade unionists in Brazil are nervous that Bolsonaro may still be able to pull off a victory.

A recent poll by Datafolha shows Lula leading Bolsonaro by 52% to 48%. Another 6% of voters say they are undecided. However, many political observers have been skeptical of polls in Brazil as Bolsonaro has actively encouraged his supporters not to cooperate with pollsters.

For more on the poll, check out Datafolha.

$325 Short of Meeting Payroll with 3 Days Left to Go

With polls showing a very tight race in Brazil, the next ten days of Payday’s coverage will be incredibly intense. I hope to focus on covering the race and not fundraising.

In the last few weeks, I’ve had to fix a dead laptop, replace a stolen iPhone, and travel to three cities for field reporting. It’s been intense, and I hope to focus on writing and reporting, not fundraising, over the next week.

Please donate today to help us cover our payroll. Please sign up as one of our 735 recurring donors today if you can.

Pittsburgh Post-Gazette Strike Likely to Drag On, Maybe for Months

Back in Pittsburgh, sources say it appears the strike at the Pittsburgh Post-Gazette will drag on for some time.

The Pittsburgh Post-Gazette currently only prints two days a week. With printing press workers on strike, the Post-Gazette owners have been able to print the paper at the nearby Republican-owned Butler Eagle.

With the need for print content only two days a week, the newspaper can operate its online site with a skeleton crew of editors, the 30% of remaining reporters left, and the usage of wire services articles.

Additionally, the paper has already said it will seek to hire scab replacement reporters who may be tempted to take the jobs in an economy that’s been tough for reporters.

In September, the Columbia Journalism Review interviewed Post-Gazette owner John Robinson Block. In the interview, he describes the NewspaperGuild as people “who were wanting to come in and grieve the fact that their mother didn’t love them when they were five.”

For more on the strike, check out WESA

Kaiser Mental Health Workers End 10-Week Strike
In California, a ten-week-long strike by nearly 2,000 mental health workers has ended with the union and Kaiser reaching a tentative agreement. The contract still has to be ratified, and neither the union nor the company has yet to release details of it, but they applauded the settlements as a victory.

“The new 4-year agreement will benefit Kaiser Permanente patients and drive collaborative efforts aimed at improving access to mental health care, while at the same time recognizing and better supporting mental health therapists in their important work,” the National Union of Healthcare Workers and Kaiser said in a joint statement on Tuesday.

For more on the strike settlement, check out the Mercury News.

Alright folks, that’s all for today. Please donate to help us continue to cover the Brazilian presidential election. Please, if you can, sign up as one of our 735 recurring donors today.

Thanks again for all the support, solidarity, & suggestions.

Be the first to comment on "Datafolha: Lula 52% – Bolsonaro 48% – Pgh. Post-Gazette Strike Likely to Drag On – Kaiser Mental Health Strike"