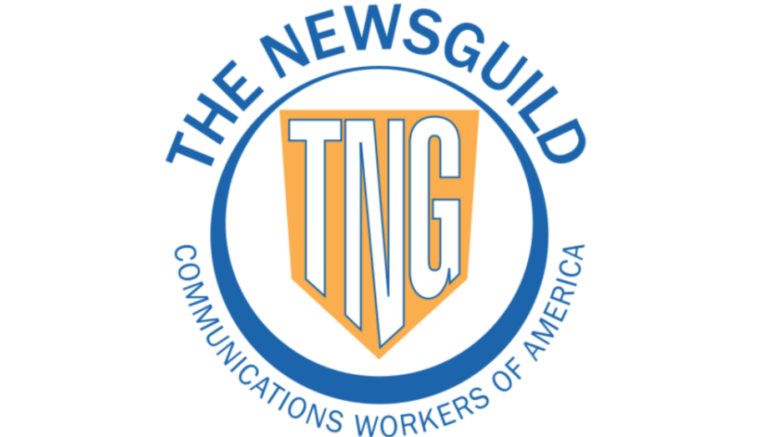 PITTSBURGH, PA. – Yesterday I filed a whistleblower retaliation lawsuit in Pittsburgh against the national NewsGuild as well its Pittsburgh local, and four of its officers.

I am demanding to know why the union fails to be transparent about the cover-up of sexual assault and misconduct in its leadership, and why they retaliated and harassed me as well as my family for acting as a whistleblower.

National NewsGuild President Jon Schleuss failed to heed my warning about the numerous sexual assault and misconduct allegations against former Pittsburgh NewsGuild President Michael Fuoco. But after a New York Times exposé was released in December, he and NewsGuild leadership initially promised rank-and-file union members like me that they would do an independent third-party report on what occurred.

However, instead of being transparent with their members about what occurred, the union has wasted union members’ dues, and have instead resorted to only attacking me and my journalistic reputation as a whistleblower, focusing particularly on my mental health as an autistic (as first reported by The New York Times).

For more than a decade, I was one of a few labor reporters who would dare cover sexual assault and misconduct in the labor movement. I listened for years to women who were hesitant to go on record due to fear of retaliation. But in 2020, I faced retaliation for blowing the whistle on the cover-up of sexual misconduct in my union, the NewsGuild.

I was physically attacked by a NewsGuild officer (in part captured on tape). Then, that same NewsGuild officer sent a violent email describing in graphic detail the ways he wished I would die and then explicitly mocked me for being an autistic.

For months, I urged the NewsGuild to investigate this harassment and they did not. They doubled down and expanded the scope of their harassment to my family. At one point in February, Schleuss called my father’s fellow union officer, UE President Carl Rosen and told him (falsely) that I was suicidal. Scheluss asked that my father’s co-worker Carl Rosen call my father, Gene Elk, the United Electrical Workers (UE), where he serves as Director of Organization, to arrange an intervention about my mental health.

The retaliation I faced as a whistleblower is part of a pattern by NewsGuild leadership that has affected not just me, but other journalists who have spoken up and demanded that the union live up to its principles of transparency and accountability.

After 100 journalists at the New York Times signed a letter in June demanding financial transparency from the New York NewsGuild, those reporters were attacked and called scabs by hundreds of union members and activists on Twitter. When Chicago Tribune reporters raised union democracy concerns about the implementation of a pattern of bargaining imposed by the national leadership, national NewsGuild leadership pulled their union rep from severance bargaining, hurting the union at a critical moment.

“The guild has abandoned us and left us without representation at the bargaining table to punish for a local decision,” Chicago Tribune NewsGuild President Gregory Pratt wrote in an email to Chicago Tribune reporters in June.

Many of us fought hard to organize unions and build the digital media unionization movement against tough odds. We deserve a union that values the transparency and accountability that we practice every day as journalists.

A copy of the full legal complaint filed today in Pittsburgh against the NewsGuild can be found here. We are represented by Louis Kroeck, who has agreed to represent us pro-bono, given the strength of our whistleblower retaliation case. As the late Frank Bolden, the crusading Black yinzer reporter, used to say “The truth is like “Rock of Gibraltar, it just stands there” and the truth stands solidly on our side in this case.

I am available to answer any and all questions on this matter. Contact me at [email protected].

Donate to Help Us to Continue the Digital Media Unionization Movement.