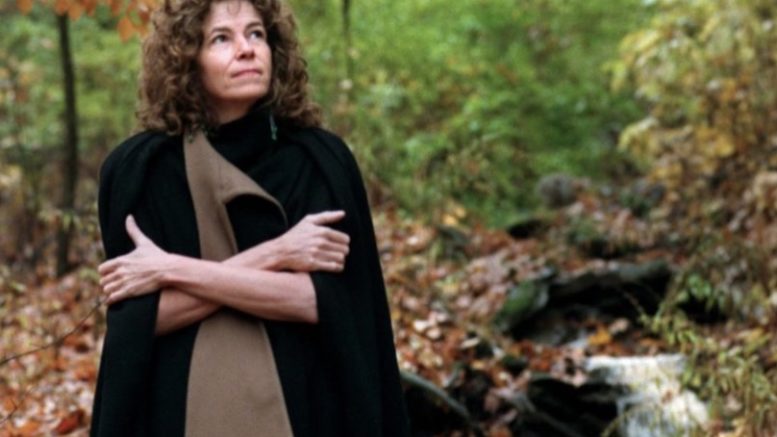 I often think of Anne’s travels while I’m drinking coffee in one of the mugs that her children, who were my childhood friends and neighbors, gave me after Anne died. The dozen or so mugs are from an eclectic collection from Anne’s travels in the labor movement. One is dark blue and from the Wabash Valley Labor Council in Indiana, another from the Kerrville Folk Festival in Texas, another mug that’s a collector’s item from the Labor Party in the late 1990s that lists their 1-800 number for activists to call to get involved, and my favorite mug: Anne’s own mug of the Pittsburgh local of American Federation of Musicians in 1997.

I find myself daydreaming about the mugs and the parties that Anne played for labor activists in tough fights. Anne’s songs were catchy, electric, upbeat songs that could make folks dance to songs with somber lyrics like “We just come to work here, we don’t come to die,” describing workers fighting back against unsafe workplaces. She opened for people like Loretta Lynn and Pete Seeger and had a gift for getting workers in tough fights to get together and dance.

According to her obituary in Rolling Stone, Anne played over 4,000 shows in her lifetime and made a living as a musician traveling the road to aid workers on strike. She often played more than 200 shows a year and struggled to make ends meet. In the early 2000s, she pioneered crowdfunding through email listservs long before Patreon or crowdfunding became a thing. She was a legend in the labor movement and folklife.

I got to know Anne Feeney first as a small child. Our families were friends, neighbors, and we would see her regularly out playing songs to pick up workers on the picket line for the United Electrical Workers, where my father worked as an organizer for 44 years.

As a 26-year-old labor reporter in 2013, I got to tag along with Anne as she went on a two-week-long cross-country RV tour with a group of Honeywell uranium workers traveling the country to share the lessons of their recent 14-month long lockout with other trade unionists. The group would march picket lines during the day, and Anne would headline shows at night. The trip was a lot of fun, but it was also difficult for Anne to continue traveling all day and play at night as she had just recovered from cancer.

With the eight of us barrelling along the interstate in a cramped RV, sometimes for eight or ten hours a day across the Great Plains, Anne would get everyone singing, and people would share stories about everything from tough labor fights to failed romances. During that trip, Anne became more than “Ms. Feeney,” the figure I had known since childhood. As a 26-year-old labor reporter with a few tough labor fights under my belt, I suddenly became an oddball yinzer collaborator of Anne’s.

When Anne grilled me about my love life on that trip, and I told her that I was single, Anne remarked in a classic blunt yinzer fashion that I “would make a real catch for a woman someday” if only I stopped fidgeting with my hands so much. As I explained to Anne that I fidgeted as a result of “stemming,” a trait associated with autism, she began laughing and doubled down that I would still make a “great catch.”

On that trip, Anne and I shared laughs but also hard stories. She told me of her deep frustrations in getting the labor movement to support the arts or media and even of a few times when unions didn’t pay what she was owed — a practice known as “involuntary philanthropy.”

“Unions always want you to come and play and they love when you get people dancing at their rallies, but they never want to pay you,” she remarked to me once. “In the 1930s, there were all kinds of musicians and artists in the labor movement, and now, there is virtually no support for it.”

To help make ends meet while touring for decades as a folk musician, Anne developed an elaborate network of fans and activists who would let her stay in her home. As we crossed the country, Anne’s friends would open their homes to cook for us and let us crash.

One hot August morning on a trip in Butte, Montana, Anne woke up to me sleeping on an air mattress on the floor of a local carpenters union member Mike Boysza. She told me very excitedly that we were going to the grave of Frank Little, an IWW activist, who was brutally tortured and killed in 1917 while organizing miners in Butte, Montana. Little’s body was strung above a railroad junction in the town by union busters to serve as a warning against workers organizing. (The workers organized and won a union anyhow.)

Anne went to great lengths to describe how much she admired the work that Boysza did in maintaining the grave of Frank Little.

“So many people gave their lives for the labor movement and it’s crucial we honor them,” Anne said. “These struggles of the past inspire us in the past.”

It’s been a year since Anne’s death, but it’s been wonderful to hear from so many labor activists who are discovering her rocky folksy labor music. After her death received obituaries in Rolling Stone, The Washington Post, and The New York Times, her death was widely commemorated throughout the labor movement and music world. She gained a whole new following just when workers were on the march in increasing numbers.

Shortly after Anne died, I talked to a community college professor Suzanne Jones who was fired for union organizing in North Texas. Jones discovered Feeney’s music while waiting to talk on a labor radio program, and she told me how much it inspired her to discover Anne’s music. The fired union activist asked me questions, and it gave me great joy to know that Anne’s legacy was helping inspire a new generation of labor fights.

Recently, I was on the road with John Russell of the Holler Ohio Valley to cover a series of tough strikes in Huntington, West Virginia. John was a big bluegrass guy, and I asked him if he minded I put on Anne Feeney.

John had never heard Anne, but within 20 minutes, we found ourselves barreling in John’s pickup truck, signing the call and response to Anne’s classic “War on the Workers.”

I had never met or worked with John prior to that trip, but boy did we bond as we drove through the mountains of West Virginia, singing Anne Feeney on our way to the picket lines in Huntington.

Anne was a force of nature, and it should be no surprise that Anne’s memory survives long after her death. She was given the honor of being buried next to Mother Jones’ grave in Mother Jones’ Monument in the Mount Olive, Illinois’ Union Miners Cemetery. The Anne Feeney Hellraiser Fund has been set up to provide grants to artists, musicians, and creative types using their work to tell the story of the labor movement.

I have suggested renaming a local park named after the robber baron Henry Clay Frick, who ordered the murder of seven striking steelworkers at Homestead in 1892. You may have heard of Frick Park when a major bridge collapsed there just this week. As Anne lived near the park, I suggest that we not just rebuild the bridge but also rename the park.

As I drink out of one of her coffee mugs, I try to brainstorm ways to write stories of workers’ struggles. I think of Anne trying to come up with her lyrics, and I try to think of words to cover labor fights.

May Anne Feeney’s memory always be a blessing, especially to those in the labor movement struggling to tell the story of workers.