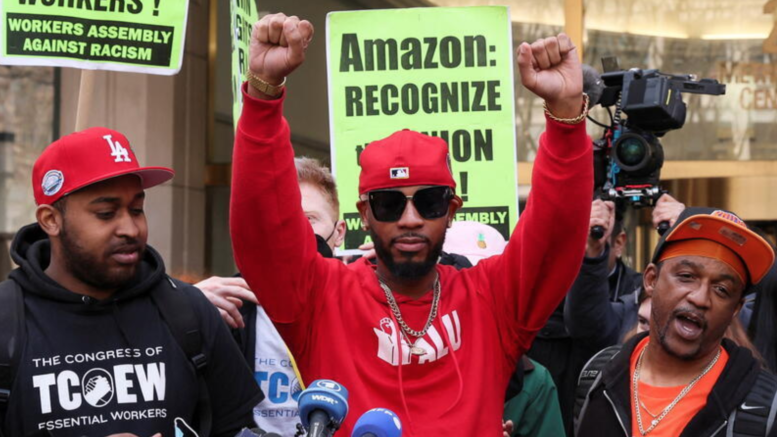 Starting this month, Payday Report will be recording a regular monthly half-hour segment on the Zero Hour with Richard Eskow, which has 50,000 subscribers on Youtube.

On this month’s segment, we discuss the recent victory at Amazon. We talk about how the independent Amazon Labor Union was able to adopt unconventional tactics that helped them to win the union election. We also talk about what barriers exist to seeing more of these tactics adopted.

I warn that many unions are still unlikely to change. I take issue, in particular, with the unwillingness of many in the labor press to question why established unions failed at organizing at Amazon while a new independent union succeeded.

Give the full 30-minute segment a watch here.

Donate today to help us cover organizing in the wake of the victory at Amazon. Please, if you can, sign up as one of our 680 recurring donors today.

Be the first to comment on "Watch: Melk Talks How Established Unions Could Blow “Amazon Moment” in 30 Min Segment w/ RJ Eskow"