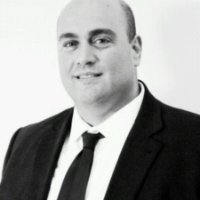 Be the first to comment on "W.V. ACLU’s Joseph Cohen Discusses Cop Fired For Not Shooting Suspect"