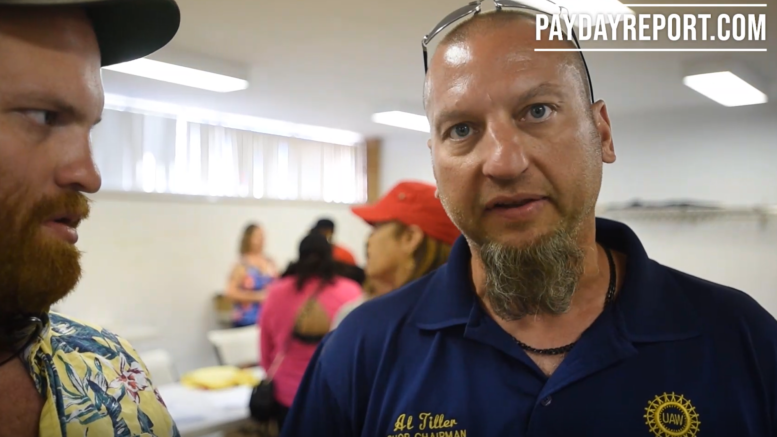 CLEVELAND – Yesterday, General Motors made the unexpected decision to cut off healthcare to employees out on strike. In previous strikes, GM had never done this. However, GM is playing hardball now.

The result of them cutting off health insurance is that UAW members and their families with chronic health conditions are being denied care.

Watch UAW Local 1005 Chairman Al Tiller talk about how one member’s kid was unable to get cancer treatment.

However, GM’s hardball tactics are increasing the resolve of workers to soldier on as they are angry about GM’s callous actions.

“They are trying their best to break us, but what they don’t realize is that the more they push, they thought they were gonna divide and conquer the more we are uniting,” says Al Tiller.

Donate to Help Us Keep Covering the UAW Strike

Be the first to comment on "WATCH: UAW Kid Denied Cancer Treatment After GM Cuts off Healthcare"