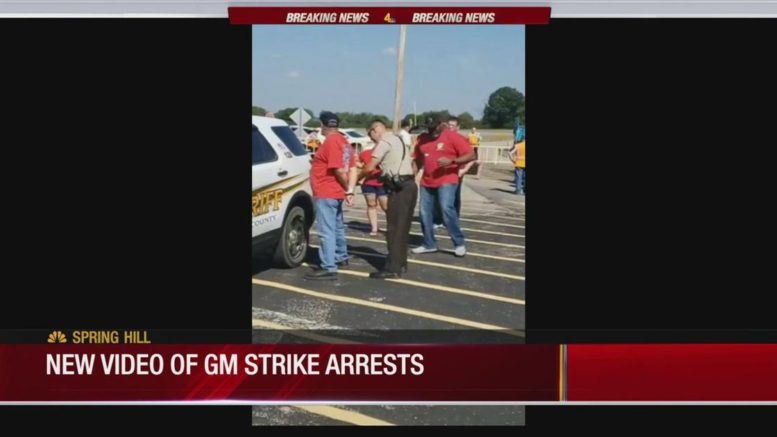 This week, 11 GM strikers were arrested at GM’s plant in Spring Hill, Tennessee for blocking a scab from entering the plant.

According to a video released by a fellow striker, the arrests appear to be “bullshit”. The story is a big deal in the press in Tennessee. Anti-union forces are using it to defame unions in Tennessee. The Spring Hill plant is a little less than 2 hours away from the Volkswagen plant in Chattanooga, where workers are still fighting to unionize after losing by only 29 voters in June.

So, Payday has decided to go back to Tennessee, where we found out and present an accurate story of what’s happening in Tennessee.

This trip will be expensive and likely cost $600-700 in airfare and hotel accommodations, but setting the record straight could pay huge dividends for the labor movement.

So donate and help us cover the costs of covering the truth about whats happening to workers in Tennessee.

Be the first to comment on "11 Tenn. GM Strikers Arrested – Payday Going Down to Investigate"