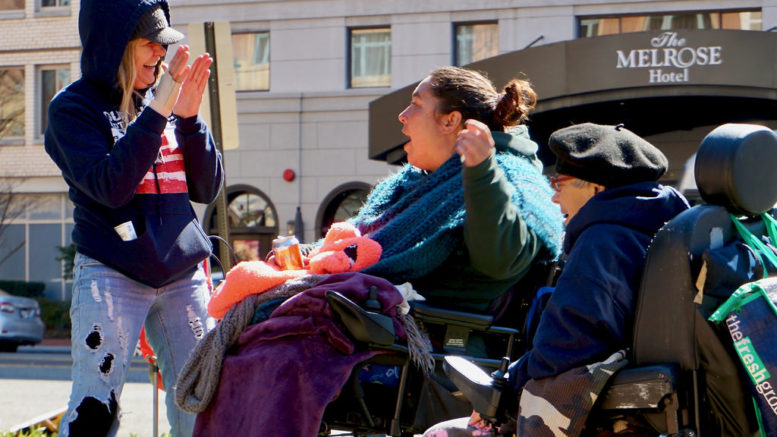 On Tuesday, the Trump Administration issued an executive order that many fear will undermine the independence of administrative law judges (ALJs). The executive order would make ALJs, who are currently civil servants, into political appointees.

The move was met by widespread denunciations by many of the judges.

“This change will politicize our courts, lead to cronyism and replace independent and impartial adjudicators with those who do the bidding of political appointees,” says Marilyn Zahm, a Social Security Judge from Buffalo and President of the Association of Administrative Law Judges. “If allowed to go forward, it would be equivalent of placing a thumb on the scale of justice”.

Throughout the executive branch, more than 1,900 administrative law judges help hand down key rulings in labor cases before the National Labor Relations Board, financial cases at the SEC, safety cases before black lung compensation committees, and many other forms of regulation

More than 1,600 of the 2,000 ALJs work for the Social Security Administration. They adjudicate decisions on who should receive Social Security benefits. For years, the judges have labored under a huge backlog, which forces many disabled people and others to wait on average 600 days before they get a hearing.

While the Trump Administration’s decision would, for now, only affect the hiring of new administrative law judges, many advocates worry that it would send a chilling signal.

“There’s an ongoing war on Social Security and people with disabilities. Trump’s attack on ALJs is the latest battle in this war,” says Social Security Works President Nancy Altman, who also serves on the federal Social Security Advisory Board. “ALJs already feel political pressure to deny Social Security disability claims. This will only ratchet up that pressure.”

The move comes at a time when the Trump Administration has signaled that they intend to play hardball with the judges’ union, the Association of Administrative Law Judges (AALJ).

“The leadership of the agency does not want to talk to the union, deal with the union, give the union information, or sit down with the union to discuss problems, collaborate on solutions that have been cut off at this point completely,” says union president Marilyn Zahm.

For years, the AALJ has been a thorn in the side of administrations that have mismanaged and in some cases intentionally created barriers to decreasing the case backlog that prevents so many disabled people from receiving Social Security benefits.

The AALJ has pushed for common sense solutions that would speed up the process. They have pushed for things like forcing lawyers to use standardized forms to make the legal process quicker, more and better trained permanent support staff to help judges write quicker legal decisions, and eliminating unnecessary medical determinations not related to the disabilities for which individuals are applying for Social Security benefits.

“We see the problem, we often times know what the solutions are, now we have little access to management to cooperate and collaborate in problems,” says AALJ President Marilyn Zahm.   “Management does things that are foolish, ill-informed because they lack the knowledge and information.”

Under the Obama Administration, top union officials met with top officials from the Social Security Administration twice per month to discuss ways to expedite the process and reduce the backlog.

However, under the Trump Administration, those meetings have stopped altogether and now top management only meets four times per year as required by federal law.

Worse, the AALJ says the Trump Administration has increased the quota on the number of decisions, judges need to file in a year to 500 while at the same time creating a hostile workplace environment, and allowing judges only 2.5 hours to make a life-changing decision for many people.

Many ALJs often work through the weekends in order to meet the demands, leading to higher stress and burnout.

A September 2017 report by the Inspector General’s Office of the Social Security Administration found that the increased quotas on judges actually decreased their productivity.

Disability advocates worry that the Trump Administration’s recent move, to make ALJs political appointees, will make the process even worse.

The AALJ says they intend to rally support not just for themselves, but for the many people who depend on these hearings for their livelihood.

“We better stand up for ourselves or we are all going to get rolled,” says Zahm.