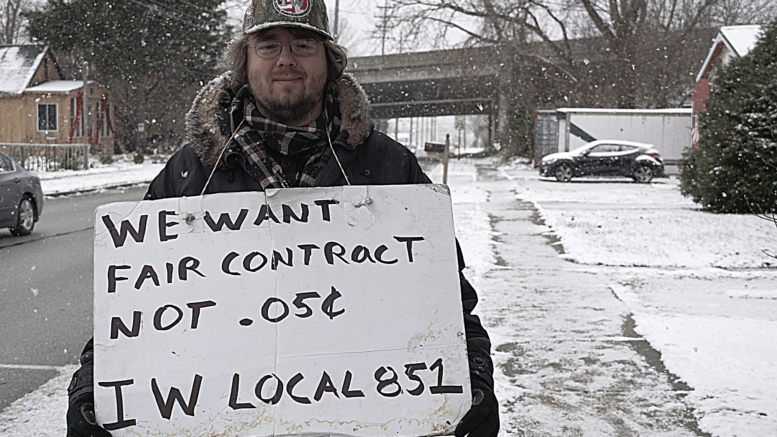 Help payday covis one at Strayer in Erie (Payday Report)

Given that decisions to strike are often made at the last moment after contact talks break down, we often have very little time to prepare to travel to cover them; making it difficult to raise money to do so.

To be able to deploy quickly, Payday Report is creating a “Strike Travel Fund” so that we have a pool of resources that we can pull on quickly to go cover strikes. This fund will be used for gas, food, hotels, and travel costs and allow us to cover even more stories.

Donate today to help us be out in the field; telling more workers’ stories.

Payday has shown a consistent ability to impact the conversation about workers organizing. The Washington Post cited our work tracking strikes in a front-page cover story. The New York Times described us as a publication with “new energy.” PBS American Portrait profiled our work tracking the strike wave, and Esquire described our work as “invaluable.”

Be the first to comment on "Strike Travel Fund"