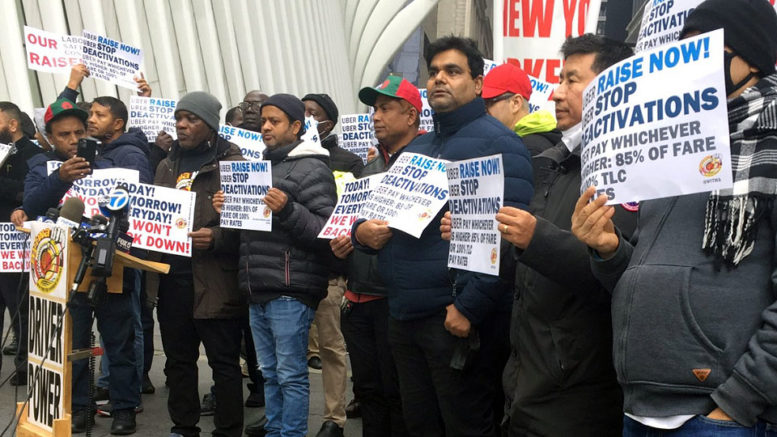 Greetings from the Burgh, where we are bringing you a special Saturday edition of the newsletter.

In New York City today, Uber drivers across the city are striking over Uber’s refusal to give a pay increase.

Under New York city law, Uber is required this year to give workers a 7% per minute and 23% per mile pay increase. The pay increase would amount to $1,000-a-month raise for many drivers. Uber is currently suing to block the pay increase.

“Uber, in the middle of the night, snatched this raise out of the drivers’ hands to put it in their own pockets. Meanwhile, in the same lawsuit Uber has filed to stop this raise for the drivers, they’ve admitted that they’ve been charging the public in New York City 48% more since 2019,” Bhairavi Desai, the executive director of the New York Taxi Workers Alliance told Democracy Now.

For more, check out Democracy Now.

In Akron, teachers are at the bargaining table as they threaten to strike on Monday.  The union says that the main reason motivating a strike is safety-related.

For more, check out the Akron Beacon-Journal

With the teachers set to strike in Akron, Payday is hoping to cover it. However, covering strike is expensive. We need to for gas, food, hotels etc.

Donate to help us cover the costs of our coverage. Please, if you can, sign up as one of our 738 recurring donors today.

If they don’t strike, we will use the money to cover labor elsewhere.

“Unite’s members are resolute and they continue to show their determination in this fight. The Co-op’s management is clearly trying to break its own loyal workforce, but Unite will back our members all the way in their fight for better jobs, pay and conditions,” Sharon Graham, Unite’s general secretary told the Guardian.

Alright folks, that’s all for today. Donate to help us cover the teachers strike in Akron. Please, if you can, sign up as one of our 738 recurring donors tonite.