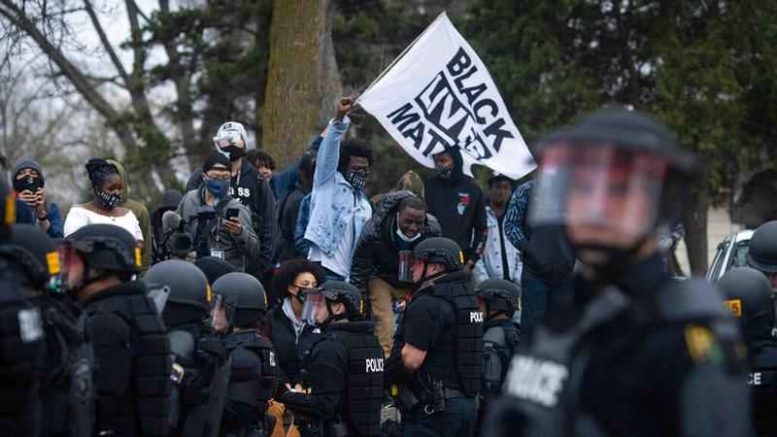 Earlier this week, union activists across the Twin Cities were startled when they discovered that the St. Paul Labor Center, the headquarters of the St. Paul Regional Labor Federation, was being used as a staging ground for National Guardsmen preparing to confront Black Lives Matter protestors.

After they discovered that 50 National Guardsmen was using the hall as a staging hall, many union members objected, noting that an executive board member of the Federation had decided to give the National Guard troops keys and access to the hall decision without a vote of the executive council of the St. Paul Regional Labor Federation.

Union members from a wide variety of unions as diverse as the Carpenters Union, the Minnesota Nurse Association, Communication Workers of America, and the St. Paul Federation of Educators started to complain.

The St. Paul Federation of Educators then wrote a letter to the leadership of the St. Paul Regional Labor Federation, writing that the National Guard’s presence was “…deeply traumatizing for BIPOC members of unions in both the public and private sector…”

“The fact that the decision may have been made by individuals without consulting other affiliates sent a message to workers that live in Saint Paul, BIPOC union members, that their lived experience has no value, and deserves no voice, in our labor community,” they wrote.

Some of the National Guardsmen were union members themselves and were receptive to the concerns of the union activists. After discussion union officials, who asked them to leave, the soldiers decided to pack up and leave the St. Paul Labor Center. Union activists pointed to the expulsion of the National Guard from a labor hall as an example of what union members should be doing to stand in solidarity with communities of color.

“The action of union members against the National Guard’s repression of the Black Lives Matter movement demonstrates that organized labor is a critical and powerful force and must side with working-class people rising up against systemic racism, not on the side of police repression,” said Kieran Knutson, President CWA Local 7250, and Minnesota Nurses Association’s Cliff Willmeng in a statement.

But Minnesota Tim Walz, a Democrat, former National Guardsman, and former member of the Minnesota Education Association, denounced the move.

“Let’s be clear: The brave men and women of the Minnesota National Guard are our neighbors. They’re teachers, health care workers, and business owners who live in communities across our state. This is unacceptable. They can’t “go home” — this is their home,” Walz wrote on Twitter

However, union activists see the expulsion of the National Guard as a bright spot and sign of what labor can achieve when they work more closely in solidarity with the racial justice movement.

“The united force of working class people, organized and acting on our power, cannot only turn the tide in specific protests; it could transform our world,” wrote Knutson and Willmeng in the letter. “That power has to be reclaimed and wielded by rank and file union members today. Once we do that, no politician, CEO, or military in the world will be able to stop us.”

Be the first to comment on "St. Paul Union Activists Expel National Guard from Labor Center"