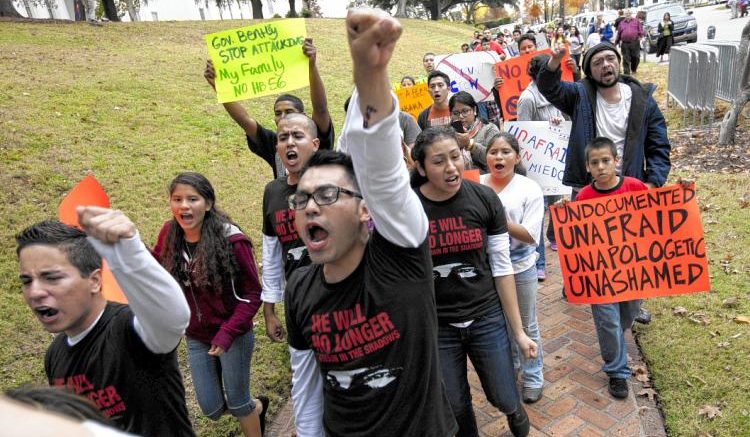 This week’s Lunch Pail goes out to graduate student employees at Duke University, who are voting on whether or not to unionize today. So far the union drive at Duke has garnered massive community support, and Senator Bernie Sanders even wrote a letter in solidarity.

If successful, the campaign would mark the first win for a graduate student employee union at a private university in the South, and could also lead to drives elsewhere.

Last year, adjunct professors at Duke University in Durham, NC, became the first adjuncts to successfully unionize at a private university in the South. This week, adjuncts at the prestigious private Vanderbilt University in Nashville, TN, filed a petition with the NLRB to seek a union election for the 500 non-tenured professors who work there.

The Vanderbilt adjuncts would be the first adjunct union at a private university in the state of Tennessee if their campaign is successful.

The wave of union elections among adjunct and graduate employees could be representative of a broader societal change. New public opinion data released by Pew Research Center this week shows that public approval of unions is soaring.

Read a full analysis of the data at Pew Research Center.

Ken Riley, President of the International Longshoreman Association 1142, called this week for a nationwide strike of dock workers in order to protest unsafe conditions and restrictive hiring on the docks. Riley’s local led day-long wildcat strikes of dockworkers in 2013.

“We are protesting damage to the nation’s economy that is caused by the kind of interference that President Donald Trump promised to stop,” Riley said in a statement.

Riley says his union plans to protest understaffing on the docks, which has led to unsafe conditions and excessive overtime work. Part of the reason for the understaffing, says Riley, is that overly restrictive background checks prevent many qualified people from taking jobs on the docks.

There hasn’t been a date set for the strike. Riley hopes that it coincides with a march of dockworkers on the White House.

Fired Latino Immigrant May Form a Union in Boca Raton

Last Thursday, thousands of workers across the country went on strike against Trump’s anti-immigrant measures, including more than 40 workers at the Palm Beach construction company Orange & Blue. When the strikers returned to work, four of them were fired.

To show solidarity for their coworkers, 36 construction workers sat out an additional day of work. This Sunday, workers will meet with the Laborer’s Union to discuss forming a union, according to the Palm Beach Post.

According to the Post, workers at Orange and Blue make between $18 and $27 an hour, which is below the national average of $28.52. The Laborers Union is now hoping to organize the workers.

“The reality is there’s a shortage of workers right now. They need you,” said Antonio Rolles, President of Laborers International Union Local 1652, to the workers.

Many companies with understaffed workforces rely on employees who are willing to work overtime. On February 10, workers at Southwest’s Love Field in Dallas began to refuse to work overtime in protest of the company’s policy of outsourcing engine maintenance work to foreign countries, including El Salvador, with little oversight.

The company says that in the last two weeks they have seen a 75% reduction in the number of mechanics signing up for overtime. Now, Southwest is suing the Aircraft Mechanics Fraternal Association (AMFA), which represents 2,400 mechanics at Southwest. The company is seeking an injunction in federal court to order the mechanics back to work.

However, the union is denying any allegations that it is coordinating efforts of rank-and-file members to refuse overtime. It says the workers are taking the actions on their own. AMFA has instructed its members to cease job action immediately.

Texas state employees lack collective bargaining rights. However, they have been able to maintain unions that are several thousand strong, and that have shown the ability to win political actions. Now, Republicans in Texas have introduced a bill that strips dues check-off for most public employees, but leaves it in place for police, firefighters and emergency first responders.

This week, the state’s Senate Affairs Committee approved the bill and moved it to the floor for a full vote. If it passes, Texas Governor Greg Abbott has signaled that he would sign it.

“I sat next to the ambassador from Sweden a couple of weeks ago, who told me Volvo wanted to be here, Volvo could have been here, would have been here, had we been serious about passing right-to-work,” Bevin said in his State of the Commonwealth conversation last week.

Volvo publicly denied the charge this week, tweeting: “We have never confirmed which locations we considered, but a ‘right to work’ bill was not a requirement.”

Now the Swedish ambassador is claiming that he never made the statements, as well.

“We believe that there must be some kind of misunderstanding with regard to what the Ambassador said during his talk with Gov. Matt Bevin of Kentucky,” Swedish Embassy spokesperson Monica Enqvist told Insider Louisville.

Payday Report Moving to Kentucky Because Of “Right-to-Work” Law

While it’s unclear which businesses have actually been attracted to Kentucky because of its new “right-to-work” law, it has contributed to Payday’s decision to move its operations from Chattanooga, TN, to Louisville, KY.  Payday Folk Labor Ombudsman J.P. Wright is a lifelong resident of Louisville, and drives the train between Louisville to Nashville everyday.

“When J.P. said to me that the most important laboratory in the country right now is covering how the Kentucky labor movement responds to ‘right-to-work,’ I was sold,” said Mike Elk, Chairman of Payday Report News Coop Inc. “The fight in Kentucky is a lot like the Spanish Civil War for the labor movement,” Elk said, in relation to the bigger fight that unions will face nationally in the Trump era.

“We hosted the international conference for the Louisville Statement on Media Workers rights there where J.P. and I talked about forming our own news outlet, so it’s really exciting that Payday will be based there in the long term,” said Elk. “J.P. and I had an intense bromance going already, and it’s prolly gonna get a lot more intense once I move there.  The Fela Kuti dance parties are gonna be epic!”

Speaking of bromances, the New York Times has a moving look this week at the 70-year friendship between actors and civil rights activists Sidney Poitier and Harry Belafonte:

In 1964, Belafonte convinced a hesitant Poitier to help him deliver $70,000 stuffed into a doctor’s bag to Freedom Summer volunteers in the South. They were met by Klansmen who chased them and fired guns at them. As one website put it, referring to the Student Nonviolent Coordinating Committee, “The trip ‘solidified Poitier’s commitment to SNCC,’ and he would become the symbol of the group’s goals for African-Americans.”

For Belafonte’s part, he formed a committee to support the movement and raised thousands of dollars to help bail the Rev. Dr. Martin Luther King Jr. out of jail, pay for the release of arrested protesters, help finance freedom rides and bankroll SNCC.

Belafonte and Poitier helped organize the March on Washington and helped plan King’s memorial after he was assassinated.

As for their impact on black masculinity, Belafonte has said of Poitier, “I don’t think anyone [else] in the world could have been anointed with the responsibility of creating a whole new image of black people, and especially black men.”

—  One of every six detained immigrants in the U.S. is held in the South. The Southern Poverty Law Center just completed a seven month-long investigation of conditions at immigrant detention centers in the South, where they were able to interview about 300 detainees. This represents roughly 5% of all detainees nationwide. The results they found were appalling:

Detained immigrants in the South are frequently denied the opportunity of a bond hearing that would free them until their cases are adjudicated.

The region’s immigration courts, which are often inaccessible to the public, are hostile to immigrants not fortunate enough to have an attorney. And so they wait behind bars in remote Southern facilities virtually indistinguishable from prisons. Many of the facilities are former jails or prisons that were shut down after civil rights investigations and lawsuits revealed poor conditions and abuse.

— A new interactive mapping project just launched, called Redlining Louisville. The Atlantic’s City Lab has a look at how organizers intend to use the map.

— A new documentary on the 16-year campaign to unionize Smithfield in North Carolina is out now. Triad City Beat has a look at the documentary, which was directed by University of North Carolina Greensboro Professor Matt Barr.

— Rewire looks back at a 1971 effort by the Duke Student Body to create an abortion fund:

In May, student representatives overwhelmingly approved a one-time allocation of 73 cents from each undergraduate’s activity fee for a total of $4,000 to establish a self-perpetuating fund. Loans would only be made available when previous loans had been repaid. Any pregnant Duke University undergraduate or Duke University undergraduate who had impregnated a woman could borrow up to $300 without interest, as long as they submitted proof of the pregnancy and agreed to later provide a receipt from the procedure to the confidential Abortion Loan Committee, which consisted of undergraduate students.

As anyone who follows today’s conservative uproar over public funding for abortion might have guessed, not everyone in the Duke community was pleased by this use of common funds. Exactly one week after the fund’s approval, a male student submitted a petition of 555 signatures demanding that refunds be issued to students who morally opposed the fund. This request was denied not once, but twice by the legislature, and the abortion loan fund forged ahead. In October 1971, it was incorporated as a nonprofit organization and began issuing its first loans.