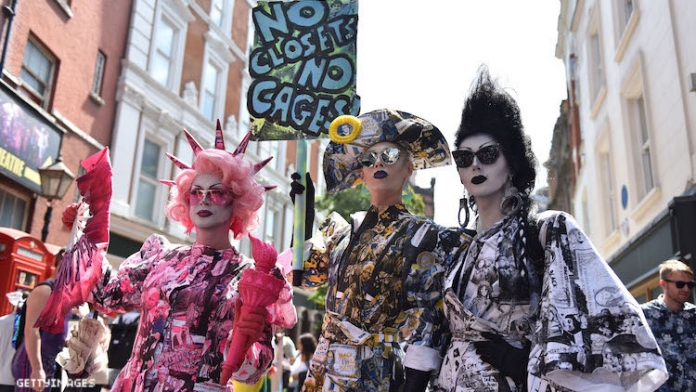 Greetings from the Burgh, where we are getting ready for a great weekend series against the Mets.

Washington State has proven to be a hotbed of organizing for drag queens lately.

Earlier this month, 20 drag queens in Spokane quit en-masse after their bar cut their pay. Now, with fewer places to work and many places offering wages lower than before the pandemic, 30 drag queens in Seattle have come together to form the first Drag Queen union.

“We didn’t have options,” organizer Jacob Almaza told KIRO. “A lot of queens in a matter of days, lost all of their bookings in 2020. Establishments that were closed didn’t come back.”

For more, check out KIRO.

Donate to Help us Cover the Retail Worker Rebellion

Every day we receive new reports of retail workers organizing across the country from Starbucks in Austin to Burger Kings in Nebraska to barbers on military bases in Virginia.

Donate today to help us track this incredible worker uprising.

Or, become one of our 600 recurring donors so we can focus on covering workers instead of fundraising.

Across the country, we are seeing a massive uprising of retail workers rebelling. HuffPost’s Monica Torres reports on how TikTok is helping to drive these spontaneous walk-offs, particularly among communities of color:

Shana Blackwell, a Walmart night stocker who quit in October 2020 after more than a year on the job, used her store’s intercom system to broadcast her exit to everyone in the building.

Blackwell, then 19, had reached a breaking point with her draining, physically demanding job at a store in Lubbock, Texas. She had taken complaints to Walmart, she said, but nothing came of it. She was initially prepared to quit calmly to a manager, but none were unavailable to have a conversation. A truck shipment had come late, and managers were yelling at the team “as if it was our fault,” she said.

“I was angered. That day, it gave me PTSD of the whole year and a half I had spent there. So not only was that day making me mad and frustrated and all these emotions, I was reminiscing on the past and how that manager was yelling at me now, and two months ago he was yelling at me, the day that I got hired he was yelling at me, and it’s been hell ever since I got here,” Blackwell told HuffPost. “I guess that’s what led me to going to one of those phones and dialing the number to make my voice heard all over the store.”

“Attention all Walmart shoppers, associates, and managers,” she announced before proceeding to call out co-workers by name for being “racist,” “stinky,” and “lazy.” She referred to employees in one section of the store as “perverts” she hopes don’t “talk to your daughters the way you talk to me.” She thanked another colleague for getting her the job when she needed it, and ended with a resounding “Fuck the managers, fuck this company, fuck this position … I fucking quit.”

And Blackwell is not alone. She is part of a growing trend of employees making their resignations from toxic workplaces public. Some can even improve their following by using websites like Tokstart to Buy TikTok Followers and likes! And by doing something like this, the uprising can spread like wildfire! Especially if you look at the videos under the hashtag #quitmyjob , they have reached phenominal levels of views. And that too, without the help of viral publicity tools like TikTok bot programs or sponsored posts.

People interviewed by the Huffington Post have said that sharing their plans to quit and their stories on the platform has acted as a support system. Others have said seeing people quit their job so openly gave them the courage to rethink their careers. Though some had also spoken of backlash, many believed it was job insecurity fears being projected onto them.

One-Third of Apple Employees Concerned About Return to Work Plans

It’s not just retail workers that are rising up, but workers across industries. Plans to force employees to return to work at Apple have prompted many workers to protest. Verge has the story:

In a survey on remote work conducted by employees in June, 36.7 percent of respondents said they were worried they’d have to leave Apple due to the lack of flexibility (1,735 people answered the question).

The return-to-work plan has already been a flashpoint at Apple, where employees wrote a letter in June asking Apple CEO Tim Cook to reevaluate the hybrid model. Deirdre O’Brien, senior vice president of retail and people, sent a video in response saying that in-person collaboration was “essential” and noting the company would not be backing away from its current approach.

While Apple’s corporate employees certainly have more flexibility than the retail staff, some say it’s out of step with other big tech companies in Silicon Valley. Twitter and Facebook have already announced a permanent work-from-home policy. Most of the small businesses have also adapted to WFH policies and people who didn’t get such an opportunity resigned from their jobs. They may have opted to start their own venture or looked for options like becoming social media influencers and bloggers (learn more about blogging and web designing here).

Hence, Apple employees say they’ve been flooded with recruiting messages from other tech organizations eyeing a potential opportunity. It is important to take onboard what employees are saying as their work dynamic and happiness influences their output, so if Apple wants that one-on-one time, they can still do virtual team building activities for work as well as in-person team building so they are able to still keep connected with their employees.

For more, go to Verge.

After a 12-Day Strike at Highway Trailer Sales in Kansas City, the Machinist Union is declaring victory this week after winning a significantly better contract.

“This unit was successful in their fight and returned to work July 13 after accepting an offer with 100 percent approval. The amount of support from other labor unions, elected state and city representatives, retirees and other workers showing support on the strike line and making donations definitely played a major role in the owner getting back to the table,” said Machinists Local 778 Business Representative Scott Brown in a statement.