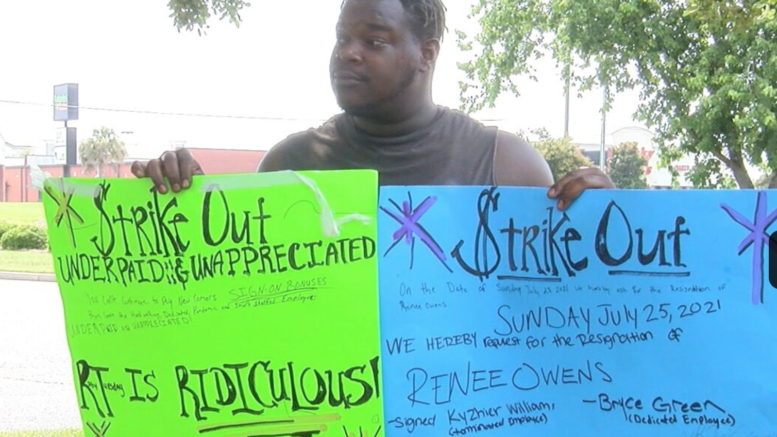 Greetings from the Burgh, where police were called to a local Burger King after the store employees suddenly walked off. More from WTAE on that.

In Anthony Bourdain’s “Parts Unknown” episode on Pittsburgh, he stops in the famous Pittsburgh landmark Squirrel Hill Cafe, also known to many as “The Cage.” The bar is known for having some of the best and cheapest burgers in Pittsburgh.

However, Payday Report has learned that the entire kitchen staff quit earlier this month at “The Cage” after management refused to raise wages above $12 an hour. With a fluid labor market, many of the kitchen workers were able to find higher-paid jobs elsewhere.

In Florence, South Carolina, Ruby Tuesday workers decided to walk out on Monday, complaining about being poorly paid and underappreciated.

“There’s a lot of stuff that these workers have been going through in the past year that no one wants to pay attention to,” Ruby Tuesday worker Bryce Green told WPDE.

For more, check out WDPE.

In the small southwestern Missouri city of Springfield, over a dozen staff at Aviary Cafe walked out protesting understaffing on Monday.

“Our last straw was when our management team left in the middle of a Saturday lunch rush (not the first time that’s happened) and left their understaffed employees to run their restaurant for them during one of the busiest days of the week,” wrote Aviary kitchen worker Perry Ashlock on Facebook. “The whole intention with our walk out [Sunday] was to let them understand what it was like to be left understaffed during a crisis situation.”

Afterward, all the workers, who were non-union, were fired.

For more, check out the Springfield News-Leader.

Help Us Continue to Track the Retail Workers Rebellion

Folks, every day we are seeing scores of reports of retail workers walking off across the country. If you see a retail walkout, email us at [email protected]

Donate to Help Us Keep Tracking the “Retail Worker Rebellion”

Please, sign up, as well, as one of our 600 recurring donors today.

“For too long we’ve been undervalued and overworked, and we’re not getting the benefits that we deserve, we work really hard,” Spyncer Wilson, a line cook at Prep & Pastry, told KOLD.

For more, check out KOLD.

“We have asked the hospital to supply us with information on their staffing schedules, and they delayed sharing that information for nearly a year. We have seen the hospital renege on previously agreed upon proposals and we have had hospital negotiators abruptly end negotiations early without cause,” said National Nurses United Kathy Haff in a statement. “We do not want to strike but feel the hospital management has given us no choice.”

For more, check out the National Nurses United website.

In Boston, another group of 39 Nurses at the Boston Visiting Nurses Association have started a seven-day strike. The strike comes after nurses have struggled for 19 months to win a first contract.

“We are looking for predictability and reliability, but they want complete discretion,” said Nikki Ducey, a physical therapist, and Massachusetts Nurses Association co-chairperson. “I have been here almost 10 years and they have taken so much away. They took away the retirement match and I have not had a raise in five years. To not know what those benefits will look like from year to year is very discouraging.”

For more, check out the Massachusetts Nurses Association website.