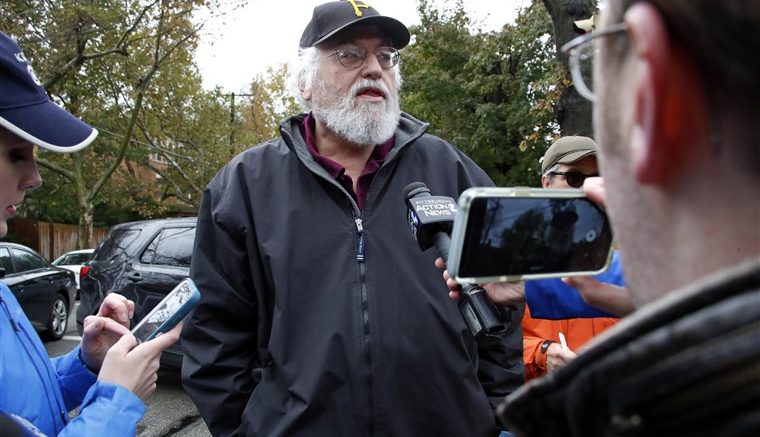 “We were lucky,” joked Rabbi Chuck Diamond. “It was the beginning of services and Jews always come late to services.”

Filing a dispatch for the Guardian from the neighborhood, where he grew up, Payday Senior Labor Reporter Mike Elk was one of the first reporters on the scene while it was still an active shooter situation:

At the scene on Saturday morning, a light rain fell as officers cordoned off the area. Chuck Diamond stood at the corner of Murray Street and Northumberland Avenue, wearing a Pittsburgh Pirates cap, doing his best to comfort shocked and grieving people. Until a year ago, he was the rabbi at Tree of Life.

“We were lucky,” he said. “It was the beginning of services and Jews always come late to services.”

Locally, the epithet “Squirrel Hill Jew” has long been used to describe people from this tight-knit liberal enclave, blocks away from Carnegie Mellon University.

“I’m sure everybody in the community feels like it’s an attack on them,” Diamond said, adding that he had feared such an attack for years.

“There are issues we need to address like gun control and people need to keep this in mind when they go to the polls in November,” he said.