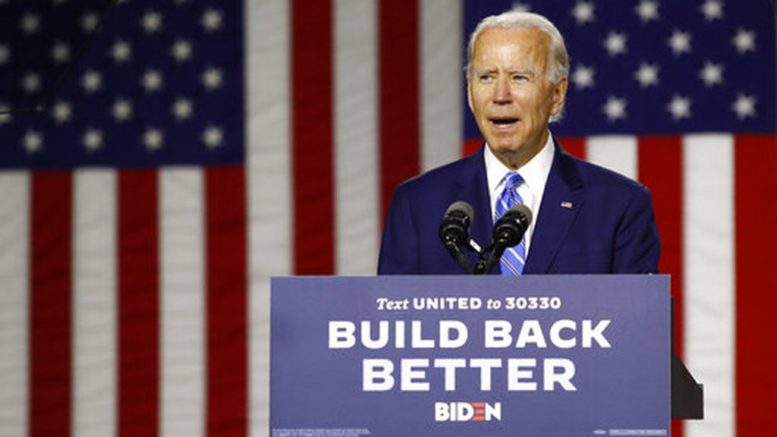 Greetings from the Burgh, where we’re raising the final $590 needed to meet payroll this month.

With four days to go, donate now so we can avoid a long week of fundraising.

Many workplace safety advocates were upset with the Biden White House for drafting an Emergency Temporary Standard on COVID that only carved out protections for healthcare and meatpacking workers and not all workers.

Additionally, the Biden Administration’s vaccine mandate only applied to businesses with 100 workers, exempting many retail stores and restaurants where infections are likely to occur.

Now, OSHA staffers are speaking out. Time Magazine has the story:

When President Joe Biden directed the Occupational Safety and Health Administration (OSHA) on Sept. 9 to impose strict COVID-19 vaccination and testing protocols on large businesses, the OSHA employees were ready. It marked the first time in nearly five years that the small agency had the opportunity to fulfill its mission to protect workers across industries from “recognized serious hazards.” But it also highlighted tensions between OSHA and the White House, exposing simmering resentments over how the White House has approached working with the Department of Labor during the pandemic, according to three former top OSHA officials.

“It’s been a very frustrating nine months for OSHA,” says Former Deputy Assistant Secretary of Labor for OSHA Jordan Barab, referencing a series of instructions from the Biden Administration, including the most recent plan for a vaccine and testing mandate. “This whole thing was basically thought up in the White House.”

For more, go to Time magazine.

In Reno, Nevada, bus drivers are out on strike once again after first striking in August against the private bus contractor, Keolis.

The August strike helped Reno bus drivers, members of Teamsters Local 533, defeat the company’s proposal to take away union-provided healthcare and force workers to opt into an inferior plan.

Keolis attempted to do away with a seniority bidding system that gave workers the freedom to choose when they worked, making lives difficult for many bus drivers in Reno.

But now, the Teamsters are back on strike.

“Keolis hasn’t changed its stripes and is still doing everything in its power to take rights away from your city bus drivers,” said Teamsters Local 533 President Gary Watson in a statement put out by the union. “They have bid routes so poorly that drivers have to choose if they go to the bathroom or keep the route on time. Working mothers under their bid system will not be able to get off and take care of their children.”

For more on the issues driving the strike, check out Teamsters Local 533’s website.

San Antonio Symphony on Strike for 1st Time Since 1985

Union members in the San Antonio Symphony are on strike for the first time since 1985.

The strike comes after the San Antonio Symphony proposed to reduce the size of the orchestra from 72 “full-time” musicians to a “core” of 42 musicians.

The symphony has also proposed that 26 musicians would no longer be paid an annual salary. Instead, they would be paid per the “service” rate (the term for rehearsal) of $125 with a minimum of 90 “services, which could equate to an annual gross salary of $11,250. The 26 musicians would also be stripped of their healthcare.

“I am stunned and disappointed that our management and board would take such an action without any good faith attempt whatsoever to partner with the musicians to raise the funds necessary to keep the San Antonio Symphony on stage,” Mary Ellen Goree, chair of the union, told KSAT. “My colleagues and I refuse to be complicit in destroying the orchestra and betraying our colleagues by removing their jobs and benefits.”

For more, check out KSAT.

Over 1,500 Strikes Tracked Since the Pandemic Began – Help Us Keep It Going

Our Strike Tracker has documented over 1,500 strikes since the pandemic began. While our $10,000 Strike Tracker grant may have expired, we are still hoping to find a way to pay for the work that will keep it alive.

This week, another worker narrowly avoided being killed after a crane collapsed in the factory.

“It’s just unbelievable that such a large plant that it is that they would continue to let things happen. It just devastates me,” Tina Elsen Peters, the fianceé of one of the workers who was killed, told WTDV. “I just want some answers. It was tragic news to me. I just want to know what’s going on and what happened.”

For more, check out WTDV.

Also, be sure to check out the profile from Facing South in April of 2021 on non-traditional organizing by UE Local 150 at the Valley Proteins’ animal waste rendering plant in Fayetteville, NC.

Remember, if you can, donate to help us meet this month’s payroll.

Thanks for all the support from our readers.

Be the first to comment on "OSHA Upset with Biden – After 2 Workers Die in NC, UE Fights Back – Reno Bus Drivers Strike (AGAIN)"