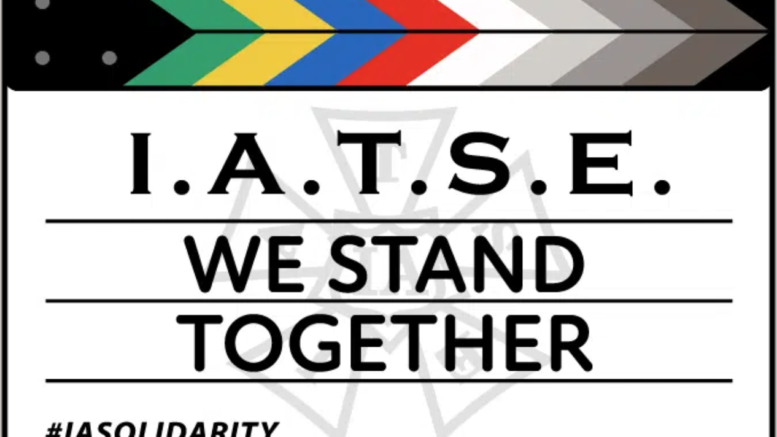 Over 60,000 IATSE film and television workers voted are going on strike at midnight on Sunday against the Alliance of Motion Picture and Television Producers. We are here on the ground and need your donations to cover it just like we covered the retail worker’s walkouts, the GM Strike, and the massive teacher strikes that inspired the nation.

We traveled to LA to Pittsburgh to cover it just like we did when we covered the General Motors Strike in 2019 when Payday filed 28 articles and 30 videos from six different states and during the Amazon union drive in Alabama this past winter.

Given the high-profile nature of the film industry and the massive support for IATSE coming from celebrities and others on social media, a strike at IATSE (the International Association of Theatrical Stage Employees) is likely to inspire more strikes. Already, many celebrities have come out in support of the strike and it’s likely to garner massive public media attention.

Film production companies frequently like to work around the clock to save money on travel and equipment rental costs when out on shoots, sometimes leading to 16- to 18-hour days, which can lead workers to burnout and, in some cases, deadly car accidents.

We hope that these unfortunate incidents do not occur at all, but when they do, it makes no difference whether you were at fault or not. Because, at the end of the day, both parties would have to bear the consequences, whether monetary, physical, or mental. In fact, it becomes even more life-consuming when victims do not receive the acclaimed insurance that was sworn by the companies from the beginning. As a result, they are forced to face even more adversity. In order to receive the promised insurance claims, they might even need to hire lawyers from law firms similar to Grillo Law.

Here at Payday Report, we have tracked more than 1,600 strikes since the strike wave began in March of 2020, and we were one of the first outlets to pick up the story of the unprecedented retail worker walkout.

Because of this, we believe a strike like IATSE’s – one where 60,000 members will shut down nationwide film production – will likely inspire other industries to say they’ve had enough.

That’s why it’s vital to get ahead of this story now.

Donate today so we can travel across to LA, Georgia, and centers of film production to cover the looming nationwide IATSE Strike and contract battle with the Motion Picture Industry.

Your donations will help us pay for gas, camera operators, hotels, and meals while we are out on the road covering the IATSE Strike.

If you can, show your sustained support by signing up as one of our 625 recurring donors so we can keep tracking strikes and telling the stories of workers fighting back.

Thank you to everyone who continues to support our work.

Be the first to comment on "Help Us Travel & Cover 60,000 IATSE Workers Striking Nationwide"