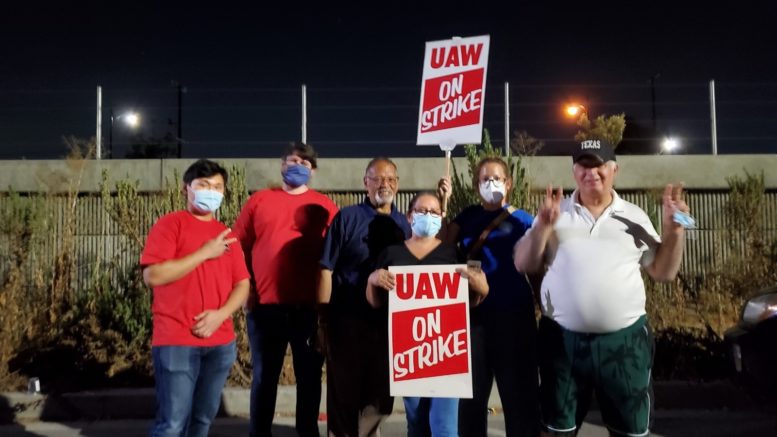 Greetings from the Burgh, where we’re thankful to everyone who’s helped us as we enter our end-of-the-month fundraising crunch.

With four days left in the month, we’re close to meeting payroll with only $650 left to go.

Donate today to help us keep covering the retail worker walkout and so much more.

If you can, sign up as one of our 625 recurring donors today where monthly donations start at $3 a month!

In the suburbs of Kansas City in Overland Park, donut workers at LaMar’s Donuts walked out in protest over poor treatment and being “strained and stretched thin.”

Many employees said tips weren’t being divided evenly amongst workers, leaving many workers short on paychecks.

“There was stuff going on with the petty cash because nothing was getting documented. It was disappearing,” Lindsay Dube told WFLA.

For management to re-open the store, they were forced to fly in workers from their locations in Denver.

For more, check out WDAF.

Wage Theft Skyrockets During the Pandemic

One of the factors driving the retail workers’ walkout is wage theft, such as with Lamar’s Donuts in Kansas City.

In fact, as retailers struggle to find workers to fill jobs, workers are saying they are experiencing even more wage theft.

According to a new report released by the national organization One Fair Wage, 34% of restaurant workers reported experiencing more wage theft in 2021 than in 2020 and 75% said their tips decreased during the pandemic.

Additionally, a little more than half of the restaurant workers (54%) reported an increase in harassment and hostility from patrons, particularly over the implementation of COVID safety protocols.

For more, check out the full report by One Fair Wage.

For eight weeks, more than 800 mechanics, members of the Machinists union, have been on strike at car dealerships around the Chicago area.

Now, the strike is over after the union voted narrowly to approve a new contract.

More than 120 dealerships during the strike broke ranks with the New Car Dealer Committee and signed their own separate side deals with union members, frustrating many union members who felt they were forced to take a bad deal.

“The membership just narrowly passed the acceptance of the offer,” Ronnie Gonzalez, a spokesman for Automobile Mechanics’ Local 701, told the Chicago Tribune. “The disappointment by those voting against the offer is as a result of being on strike for eight weeks while over 120 dealers not in the NCDC association ratified virtually the same deal without having to go out on strike.”

For more, check out The Chicago Tribune.

Remember, if you can, donate to help us meet this month’s payroll.

Thanks for all the support from our readers.