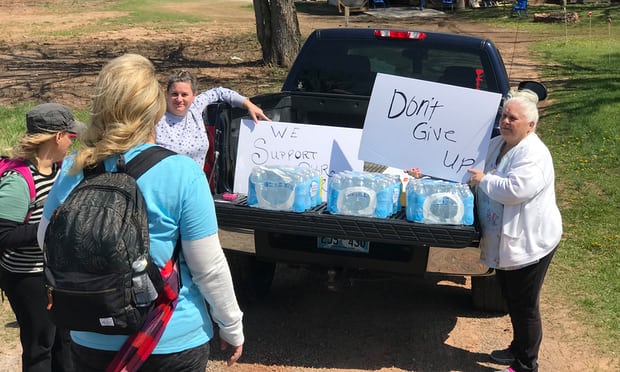 “Y’all keep on fighting,” says Beverly Langley, 75, as she hands out water outside of her family’s smokehouse, Okie Family BBQ, outside Bristow. “Don’t give up, just keep on pushing.”

Langley says nearly all the customers coming into her family’s smokehouse have been supportive of the strikers.

“I tell people right now: it’s for the kids, and I think people understand that,” says Langley. “The rich got plenty of money … they just don’t want to give any to us.”

Go to the Guardian to read the full story here.