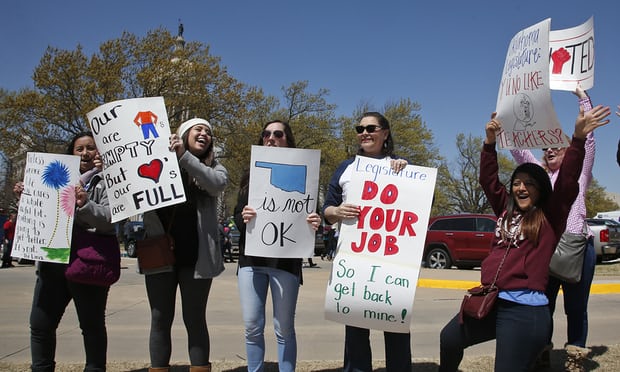 Payday Senior Labor Reporter Mike Elk filed a dispatch for the Guardian from Tulsa on the launch of a 110-mile march across the state to put pressure on the state legislature:

Special education teacher Patricia Mott, 66, said she hoped to do the entire march each day, but the battery on her electric wheelchair will only allow her to go 10 miles a day.

“I’m 66 years old and everyone says, ‘Why haven’t you retired?’ It’s because I am needed, still needed,” Mott said as she turned on her electric wheelchair and headed off on Route 66 for Oklahoma City.