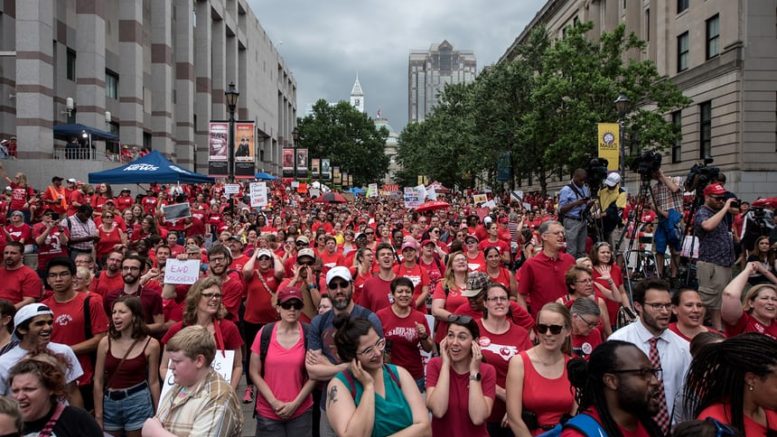 “These human shields, as I call them, have been incredibly important because they have changed the subject in a way that we have not been able to do since the recession about the importance of investment in public schools,” said Randi Weingarten, president of the 1.9 million-member American Federation of Teachers.

“What has happened is that [the media] has had to report the individual stories of some of the thousands of people that have been in these capitals, and that’s why I call them human shields, because they have been a shield for kids,” said Weingarten.

Indeed, teachers have won popular support for their cause, as polls in states where teachers have gone on strike have shown the public is solidly behind them.

“These legislators are shaking in their shoes. They know that they are going to be held accountable for what they have given those students,” said Lily Eskelsen García, president of the 3 million-member National Education Association. “We are going to see something big, because everybody is talking about public schools and how that can’t be continued.”

Go to the Guardian here to read the full story.