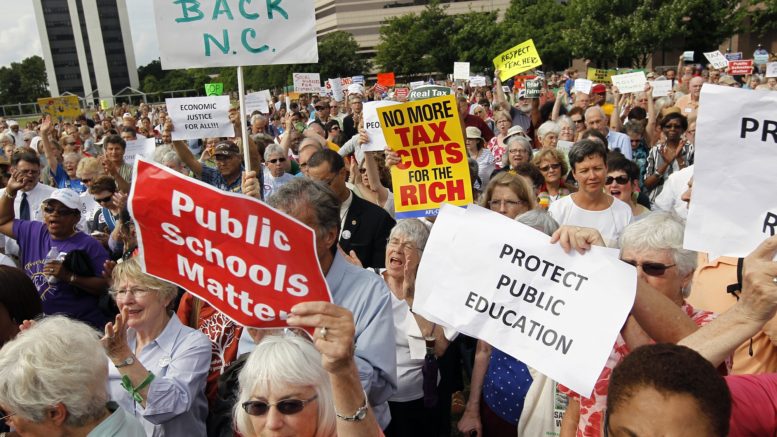 Payday Report is proud to say that we were the only publication on the left that was able to afford to be on the ground in West Virginia, Oklahoma, and Arizona.

Tomorrow, we are shipping out to North Carolina, where teachers are preparing to walkout for at least one-day on May 16th to mark the beginning of the North Carolina General Assembly.

We are already to go to North Carolina, but we will need your help to stay on the ground and get the story of how workers are pushing back in North Carolina, where just 3% of workers belong to unions.

However, labor is on the march as 13 different cities have passed living wage ordinances for their public employees.

So donate today and help us be there on this historic day.