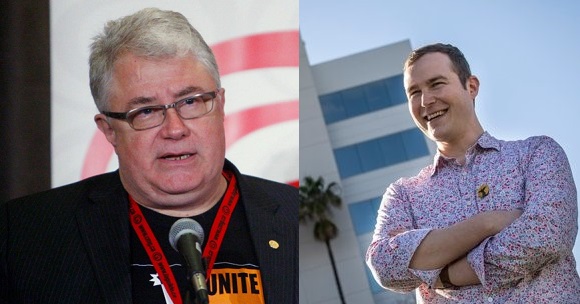 The call for a new union election is being issued after over 3,000 members of the Guild’s members largely in pro-Schleuss units failed to receive information about how to vote in the election.

The move comes as Schleuss filed charges with the election committee of the NewsGuild citing numerous violations of federal labor law. Shcleuss is also calling for a new union election. (The full 11-page charges can be viewed here)

If the NewsGuild-CWA does not take action, Schleuss has said that he would refer to the matter to the Department of Labor to investigate.

The threat of a federal investigation is a serious one as the Trump Administration, who has taken on the press, would almost surely glad love to investigate the NewsGuild. However, it’s a step that Schleuss says that he’s willing to take to ensure union democracy in his union.

“I forced an election my opponent did not want and Guild leadership was ill-prepared to handle. The last competitive race was more than a decade ago. But I ran my campaign on a promise of increased democracy and transparency, and I will continue to fight for it” said Schleuss.

Donate to Payday to Help Us Hold NewsGuild Leadership Accountable