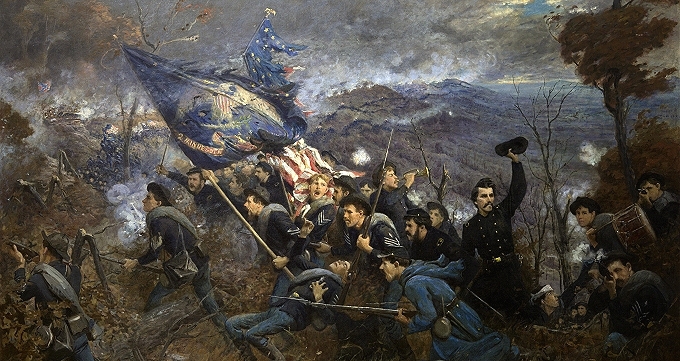 As a young man, I had covered the drug war in Brasil. I saw terrible things: dead bodies, terrible drug addiction, and I overheard the unmistakable sound of machine gun fire when the police raided drug traffickers who lived in the favelas near me in the Santa Tereza neighborhood of Rio de Janeiro.

I saw and heard things that I could never really talk to people about when I got back to the States because they were too disturbing. So I didn’t talk about them. I put all those feelings in an emotional closet in my brain in a box called “Brasil” and never spoke about them.

As a labor reporter, I continually covered people in my stories getting fired, harassed, a sometimes killed on the job. Sometimes the people in my stories under enormous stress killed themselves. I felt powerless to help them even when working 14-16 hour days, covering them for little pay.

Later, in my mid-20s, I started showing signs of PTSD. My hands would go numb; I’d have nightmares, and the ensuing lack of sleep drove me into periods of hypomania and panic attacks. Unfortunately, unlike today, one couldn’t shop for medical marijuana or recreational ones from dispensaries to heal these mental miseries. Nowadays it is much easier to get a hold of such products, and to have the benefits they can give. You can even choose how to take it, be it through the options listed on fat buddha glass or in other forms.

Cannabis has always been said to help PTSD patients with symptoms such as panic attacks, detachment from others, overwhelming emotions, and self-destructive behavior. Cannabis has been shown in studies to reduce activity in the amygdala, a part of the brain associated with fear responses to threats. People who had taken low doses of THC also showed less fear and anxiety in situations designed to elicit them. If you are suffering from PTSD, you can try using CBD oils or other products to get some relief from the symptoms. To get enough peaceful sleep, you can simply do a Google search for ‘CBD oils UK‘ (or any other location you live in).

Back then though, support was much less available. I ended up adrift. Perhaps if I could have accessed some kind of medication, be it those from cheap bud canada to more standard options, it wouldn’t have become the problem it did. It was on the battlefields of Chattanooga first as a visitor than as a resident that I learned how to live and properly memorialize the terrible trauma inflicted on so many people in my stories.

A quarter of men my age were killed in the Civil War. After the war, the battlefields parks like Chattanooga were created as a place to heal and for veterans to gather to share their experiences.

Talking about war with people who never were in a war zone is tough; you almost feel like your traumatizing them just by telling them, so you don’t talk. On the battlefields of Chattanooga, the men who fought in that battle found a way to talk about their emotions to sort things out and pay constant tribute to the over 16,000, who died in the Battles for Chattanooga.

One hundred and forty-three years later, the Battlefields of Chattanooga still serve as a source of inspiration for me.

I’ll never forget the first day in November of 2013 when I visited Orchard Knob Battlefield in Chattanooga, Tennessee and learned about where the battle cry “On Wisconsin!” was born. The cry of “On Wisconsin” was born during a near-suicidal charge up Missionary Ridge crucial to Union victory on November 25, 1863. The battle cry that I would hear 148 years later shouted by union supporters occupying the Wisconsin Capitol to protest Scott Walker’s union busting.

The modern American labor movement was founded from emboldened troops returning from the fight to end slavery, determined to improve their conditions.

One of the boosters of the modern labor movement in Pennsylvania, Radical Republican Governor Jon Geary, would often cite the bloody events that happened when he lost his son in his arms in battle there in October of 1863.

In the fall of 1863, the Union army had advanced rapidly through Eastern Tennessee aided by poor folks in the hills, who rose up in rebellion against the Confederacy.

Then, in September of 1863, the Union army overextended itself and got divided in the fields of Northern Georgia on the other side of the Tennessee line at Chickamauga. Fearing the destruction of the military, over 40,000 men desperately retreated into Chattanooga.

There the 40,000 men of the Army of the Cumberland were besieged in Chattanooga by the Confederate armies holding the high ground around the valley and cutting off access to the Tennessee River.

The Union men began to starve, forced to eat horses, and dig up plants. The possibility of surrender was real and would have dramatically changed the course of the Civil War.

Then, on the night of October 26th, 300 Union men floated down the river on pontoon boats toward Confederate artillery positions and troops. In the early morning hours, the men landed at Brown’s Ferry and quickly drove away from the company of Confederates guarding it.

The opening of the Ferry allowed the Union army to deliver reinforcements and food to the besieged soldiers rapidly.

On the night of October 28th, the Confederates attempted to counterattack and drive the Union forces off.

Guarding the critical link in the Union defense that night were 1,500 men, many from Western Pennsylvania under the leadership of John W. Geary protecting Wauhatchie Station.

Shortly after midnight, the Confederates attacked and nearly surrounded the Union soldiers. Amid the battle, Geary’s son Edward was shot. He died in the arms of his father. Enraged by the death of his son, Geary began screaming and motivating his men to repel the surprise attack.

A lot of Geary’s Western PA boys would die far from home, falling alongside pro-union Eastern Tennessee scouts. (More than 40,000 men from the Appalachian anti-slavery regions of Eastern Tennessee would volunteer to fight on the union.)

Despite being severely outnumbered nearly 4-to-1 and suffering over 300 casualties, Geary was able to hold off the Confederates until his men were reinforced.

Geary’s courage that night in Chattanooga made him a hero after the Civil War and, when he returned home, he won election as the first post-war Governor of Pennsylvania in 1866.

As Governor, he became a champion of working people, supporting the Pennsylvania labor movements from which my family and many others benefited. Geary began the fight for free compulsory public education, which would take nearly 30 years to achieve. He passed the state’s first mine safety laws following the Avondale mine explosion in 1869 which killed 111 people.

Geary championed the cause of the new unions in the state, took on the railroad industry, and vetoed over 390 bills passed by the Republican-controlled legislature he felt were in the interests of big business.

In 1872, he even attempted to challenge incumbent President Ulysses S. Grant’s corrupt Republican administration by running on the Labor Reform ticket. His band of brothers from that dreadful night in Chattanooga also served as his band of brothers in these other heroic efforts.

The foundation of the labor movement in Western Pennsylvania was laid by the men who died that night in Chattanooga; men like John Geary’s son, Edward.

Geary’s actions that day, inspired by the death of his son, would open the door to enough supplies and troops in Chattanooga to ultimately break the siege. Finally, a month later union troops would break the siege in a battle on Missionary Ridge on November 25th, 1863.

Missionary Ridge is a massive ridge with a 30-40% angle in parts rising 500 feet above the floor of the valley of Chattanooga. On the morning of the battle, Sherman was supposed to lead the charge on the left flank of Missionary Ridge. However, five charges up Missionary Ridge failed and resulted in hundreds of deaths.

In an attempt to relieve pressure on Sherman, Grant ordered George Thomas, a Southerner from Virginia who stayed loyal to the Union cause, to lead a column of 20,000 men who were just supposed to attack the base of Missionary Ridge.

The head of the column was the German-born Union Brigadier General August Willich of the 32nd Indiana. Willich had resigned his commission in the Prussian Army in 1846 and commanded an armed faction of the Communist League in Germany’s 1848 Revolution, with Friedrich Engels serving as his aide-de-camp.

After the failure of the 1848 Revolution, Willich emigrated to America and volunteered as an officer in the Union Army because of his Communist and anti-slavery views. Willich was raised brigades of political refugees of the 1848 German revolution to fight on the Union side.

Willich was only supposed to attack the base of the ridge, but as Confederate troops fled up the ridge, Willich decided to disobey and charge the hill.

Watching on Orchard Knob, Grant remarked that someone was going to lose a star over disobeying his order, Other brigades followed as Union troops, with the assistance of Eastern Tennessee scouts, scaled the ridge.

Charging up the ridge that day were men of the 24th Wisconsin Volunteer Infantry. Honoring their fallen comrades, they yelled “Chickamauga” as many of them faced their death on that ridge.

As veteran Nation labor reporter and Wisconsin native John Nichols loves to recount, in those desperate moments when the troops were taking heavy casualties, 1st Lieutenant Douglas MacArthur of the 24th Wisconsin Volunteer Infantry Regiment picked up the regimental flag from a fallen color bearer.

MacArthur charged the hill shouting “On Wisconsin!”-a battle cry that would later echo during the pro-labor occupation of Wisconsin State Capitol 150 years hence. Though he was twice wounded, MacArthur kept charging. His men followed him.

Other units, inspired by the courage of the 18-year-old MacArthur, joined the charge. They took the top of Missionary Ridge, breaking the siege of Chattanooga and opening a gateway to the Deep South.

This Memorial Day weekend as I prepare to go back to Chattanooga to cover the union election at Volkswagen, I find myself inspired when thinking of those battlefields once again.

Soon, workers at Volkswagen will have a chance to vote on a union again. Those workers are fighting for their rights that so many died on the fields of Chattanooga so many years ago.