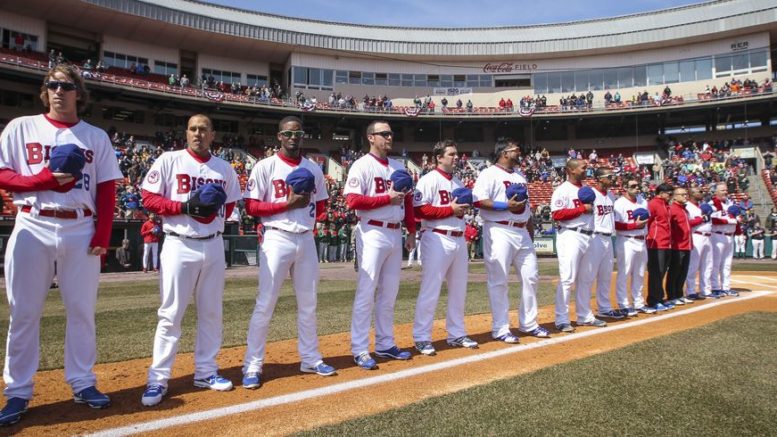 In July, Payday covered the efforts of Advocates for Minor Leaguers to organize against massive housing crisis among minor league baseball players, whose minimum wage starts at only $500-a-week. Through viral videos depicting horrific minor league housing conditions like the one made in conjunction with More Perfect Union, social media campaigns, and fan mobilization campaigns, the group has successfully won pledges from individual teams to provide housing for minor league baseball players.

This September, Payday covered how the group escalated its activities when members of the Mets and the Phillies minor league organization wore #FairPlay bracelets to show their support for the rights of minor league baseball players as workers. In the playoffs this month, some major leaguers, including Dodgers All-Star Chris Taylor, wore bracelets to show the support of major leaguers, whose union contract is up this winter, for the right of the lesser paid minor leaguers’.

Today, under much public pressure, Major League Baseball announced that they will now require minor league teams to provide free housing for all of their minor leaguers. The decision is a major victory for the fledging Advocates for Minor Leaguers, formed just in 2020.

“Drawing on each other’s courage, Minor Leaguers across the country came forward to speak honestly about their living conditions, both through our organization and individually,” said Advocates for Minor Leaguers Executive Director Harry Marino in a statement. “It was this unprecedented behavior- minor leaguers unifying and utilizing their collective voice- that ultimately upset the status quo.”

The victory by the fledgling group gives them new credibility and momentum to their organizing. Having already won the right to free housing, minor league players announced today that they would push for even more changes this offseason.

“With housing addressed, our efforts now turn to address low seasonal pay. Most Minor Leaguers make less than $15,000-a-year and won’t be paid till next April,” said Marino in a statement. “For the next six months, they will spends hours each day training – as required by contract-while trying to balance second and third jobs. Like housing six players in a 2-bedroom apartment, this is a broken model from a bygone era, Minor Leaguers will not rest until they receive the liveable annual salary that they deserve”.

Donate to Help Us Cover the Fight for Minor Leaguers Rights.