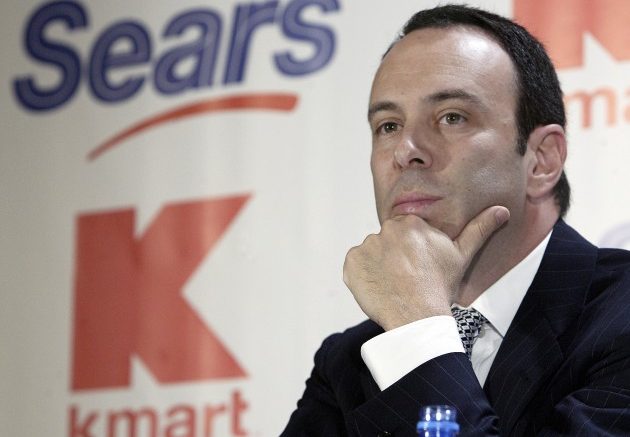 Sears CEO Eddie Lampert as a hedge fund owner was the largest creditor of Sears and stands to make billions as Sears declares bankruptcy. (AP)

Payday Senior Labor Reporter filed a dispatch from Pittsburgh for the Guardian looking at the closing days of Sears, which declared bankruptcy earlier this week:

For generations, Sears served the middle market of working-class homeowners hoping to buy high-quality products, but who could not afford to make the purchases outright without Sears monthly installment programs.

“Nobody offers payment plans now because they don’t trust nobody,” said Bob, a 15-year employee of the Sears outlet store as he helps his friend load a La-Z-Boychair into his truck. That said, Bob warned Sears was not to be messed with if buyers don’t meet the monthly payments. “Sears will come in your house though and take that shit back if they want to. Sears ain’t like the rest of them, they gonna come steal that shit.”

However, with the rise of Amazon, the advent of discount shopping on the internet and competition from stores like Walmart, Sears’ target audience has drifted elsewhere.

“I feel upset because I like Sears,” says Mark Vesei, who signed up for a store credit card. Vesei regularly buys tools for his auto detail business in the nearby neighborhood of Swissvale.

Sears tools gained a great reputation among craftsmen like Vesei who saw them as being dependable.

“I used to come to Sears with my dad back in the day because of the Sears Craftsman lifetime guarantee,” said Trevor Thomas as he picked up a refrigerator he purchased at the store’s Columbus Day sale.

Also, be sure to check out Dave Dayen’s piece at the American Prospect on how hedge fund owner Eddie Lampert looted Sears.