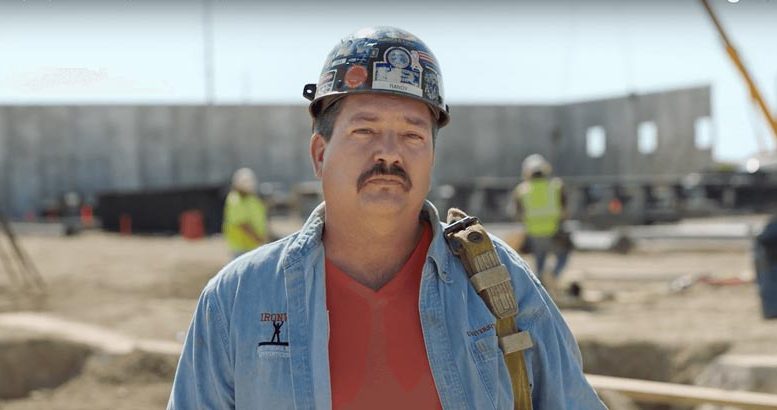 Now, Randy Bryce’s ex-wife Faye Bordeaux is calling on Paul Ryan to take down the ads.

“I have asked that this matter be put to rest,” wrote Bordeaux in an email to Randy Bryce supporters today.  “Yet I turn on the TV, check my phone or social media, or open my mailbox, and I see I was ignored.”

In 2014, Bryce was laid off from his job as a construction worker and fell behind by two-and-a-half months on child support, worth a total of $1,257.

Understanding of the unfortunate economic times that Bryce has faced and the positive role that Bryce had played as a father, Bordeaux and Bryce worked out an agreement without court involvement for Randy to help make ends meet for the family while he searched for other work, which he acquired two-and-a-half months after getting laid off.

However, under draconian welfare reform laws in Wisconsin, when Bryce’s paycheck failed to make automatically deducted child support payments, the state stepped in to sue him even though his ex-wife Bordeaux had no desire to take legal action against her ex-husband.

Now, Bordeaux is calling on Speaker Paul Ryan to quit running the ads.

“These D.C. politicians don’t care to know all the facts about my family, and they don’t care who they are hurting,” wrote Bordeaux. “They are passing judgment on situations they couldn’t possibly understand – like living paycheck to paycheck, like not being able to miss a shift without falling behind on bills.”

“I don’t think people should be shamed for falling on hard times. Sometimes people need the opportunity to get back up and dust themselves off, and that’s what Randy and I have done,” said Bordeaux.

Bordeaux says she would prefer that instead of running negative ads that the media focus on the real issues in the race.

“We need elected officials who will focus on issues that affect us all, such as Social Security, Medicare, public education, affordable healthcare, and student loan debt, just to name a few,” said Bordeaux. “Randy cares about these issues, about protecting working families like ours, and about our son. I again ask for these attacks to stop”.