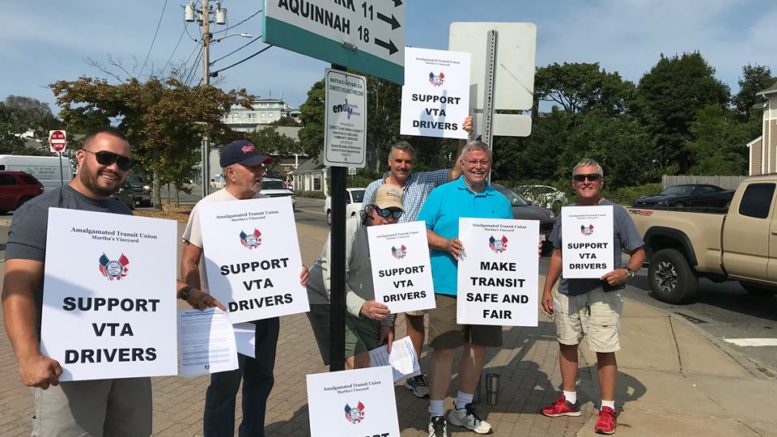 After a historic 28 day-long strike on Martha’s Vineyard, bus drivers, members of ATU, are declaring victory after finally forcing the Vineyard Transit Authority and its subcontractor TCI to agree to a union contract.

The first contract follows a nearly five-year-long legal battle by the union to get its the foot in the door.

“This is a victory for VTA bus drivers and all working families on our island,” said VTA driver Richard Townes.  “The strike worked. We didn’t get everything we deserve, but we got a lot closer to what we need and saw significant improvement from the company’s last offer in early June.”

Townes credited the massive community supports the strikers received from all over the Island to being key to winning the strike.

“We wouldn’t be here today if it wasn’t for the solidarity of our neighbors and other allies, who rely on and support us year-round,” said Townes. “We still have a lot of work to do together to fix the VTA, but this is a fair contract. Right now we’re ready to get back on the bus and see our riders and friends again and to hopefully develop a mutually respectful and collaborative relationship with the VTA Administrator and TCI, the private contractor, because in our view that’s what’s best for the island.”