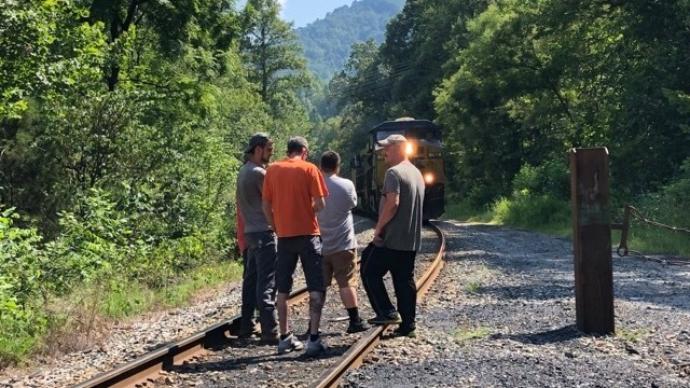 In a sign of growing labor tension in Harlan County, Kentucky, over 60 coal miners today blocked a coal train from leaving the Cloverluck mine owned by Blackjewel.

In early July, Blackjewel, which employs over 1,700 miners nationwide filed for Chapter 11 bankruptcy. Without notice from the company, workers’ paycheck bounced this much with some workers being owed as much as $3,000 or $4,000.

The non-union coal miners blocked the train for most of the day until the police arrived and made them let the train go through. However, workers continued their protest outside of the company this evening; threatening to escalate tactics if they aren’t paid what they are owed.

“Pay us. That’s all we want, our money, what we worked for, pay us. Regardless of if the company starts back up or not, they need to pay the men, cause we went in there and did do the job for them, you know what I’m saying?” Chris Lewis, a former miner who is owed around $4,000, told WYMT.