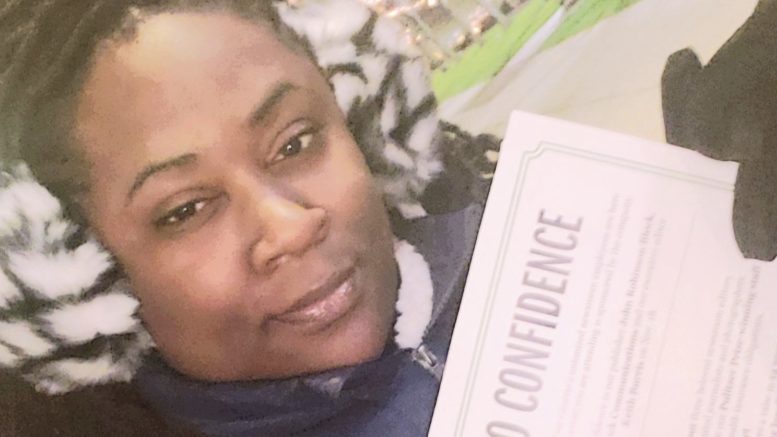 Wimbley, the first Black person to ever edit the student newspaper at Mississippi State, was seen as a trailblazing figure, who many hoped would open a new era for the union after its longtime former Pittsburgh NewsGuild President Michael Fuoco resigned in September 2020 following a Payday Report expose on his sexual misconduct.

Wimbley won the election defeating longtime Fuoco ally Melissa Tkach by only 3 ballots, but now Wimbley is accusing Fuoco allies of stealing the election from her.

Fuoco allies, including Pittsburgh NewsGuild Vice President Ed Blazina, raised objections to the election results. They alleged  the election was run improperly according to federal standards since 30 ballots were returned to the local union without an address or name attached to them; thus forcing a re-run election.

Rather than run again for the position to which she was elected, Wimbley bowed out and raised her objections in a long email sent to the entirety of the union at the Pittsburgh Post-Gazette and obtained by Payday Report.

“I do question the integrity of the process regarding the timing of discovery of errors made, the incoherency of information provided to me initially, and the lack of legal knowledge and experience regarding conducting fair and mistake-proof elections,” wrote Wembley. “To be quite honest, I feel this election was stolen from me.”

The trailblazing 28-year old Black reporter also expressed her frustrations with the way that many long-time Fuoco allies treated her throughout the process.

“I have never felt so disrespected and unappreciated in my life — simply for trying to make a positive contribution to our union and adequately serve our members,” continued Wimbley.

Wimbley’s accusations of the election being stolen come as 33-year old national NewsGuild President Jon Schleuss faces accusations that he has failed to live up to promises during his campaign last year to make the reporters’ union more democratic.

Despite being president of the nation’s largest journalists union, Schleuss has refused to speak publicly about the cover-up of sexual misconduct within his union, a major staff shake-up within the NewsGuild,  and violent intimidation and assault of dissident NewsGuild union members.

Schleuss also refused to answer questions of his union to join their rival union, the Writers Guild, in calling for the expulsion of police unions from the AFL-CIO. NewsGuild parent union, CWA, represents over 3,000 police officers, making the issue politically complicated for Schleuss, whose union relies on millions of dollars in grants each year from CWA.

Wimbley cited the lack of transparency within the NewsGuild as also hurting her own local union’s growth at the PIttsburgh Post-Gazette.

“There is clearly a divide in this union membership, with leaders feeling burnout and exhausted from the last 3.5 years of negotiations, and some members who don’t fully trust leadership because they feel in the dark or that their concerns are not seriously being heard,” added Wimbley in the email.

However, Wimbley has pledged to continue to fight against Block Communications Inc (BCI), the owners of the Post-Gazette, who recently unilaterally imposed a contract on the union.

“We are in literally the worst position we can be in now, having been imposed upon by BCI,” concluded Wembley. “The only way is UP, but we MUST put aside our frustrations and not take them out on one another. WE ARE NOT each other’s enemy, and a house divided cannot stand.’