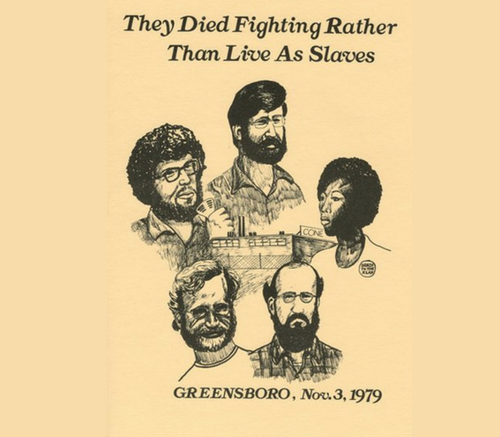 It’s Payday folks! Greeting from the Paris of Appalachia: Pittsburgh, PA, where Payday Senior Labor Reporter has secured a sweet flat in his hometown.

But our hearts this week are back down south in good ole Tennessee where workers are taking action.

This week’s defeat of outsourcing in Tennessee has highlighted the growing energy for the labor movement in the Volunteer State. The defeat of Haslam’s outsourcing plan is a major victory for CWA’s nearly two-decades-long effort to build a dues-paying base of 1,700 members despite lacking any formal process for dues check or collective bargaining. (See our coverage of this week’s dramatic victory)

Not only did the defeat save thousands of jobs from being outsourced, but helped to illustrate how community support for organized labor is growing in the state, which gained 12,000 new union members in 2015 according to the Bureau of Labor Statistics.

Union growth is expected to continue growing as the state’s economy is expanding rapidly. In 2016, Tennessee was the #1 state in the nation for jobs created by foreign direct investment. However, the state has consistently lead lists placing them among the highest proportion of minimum wage workers in the nation.

The growing inequality has opened the door to new organizing possibilities in the state.

The construction, tourism, and hospitality industries are booming. Nashville’s population has grown by 11.6 percent between 2010 and 2016, according to U.S. Census population estimates; leading to massive increases in housing prices.

However, over 203,700 Nashvillians, nearly one-third of the city, are unable to afford the cost of housing in the city according to a report put out by Nashville government. According to the report, more than 44% of the city is cost-burdened; meaning that they spend more than 30% of their income on housing.

Many Cities Construction Workers Are Semi-Homeless

The Workers Dignity Worker Center has been organizing an aggressive cross-racial campaign to take on the growth of inequality in the city that has left so many in despair.

Donald Nolen is a 52-year-old African American concrete worker, who makes only $10 an hour. For the last several years, he has lived primarily in rooming houses and hotels; sometimes sleeping outside when he was unable to find work.

“If I am lucky, I get 30 – 40 hours. I work for a small business and they tolerate me and I have issues with knees, I do what I got to do so I can’t get around as much as I do” says Nolen.

Despite working full-time, Nolen says he is still unable to afford a place to live.

“There is no other opportunity where I can go and apply and get accepted application wise. My credit is poor, that’s where I fall through the cracks” says Nolen.

Nolen says at 52 he finds himself living around construction sites desperate for work and wondering if he will ever get back to the simple pleasures of home.

Barry has come under criticism in recent weeks after she announced $5.2 billion for a massive public transit effort aimed at attracting Amazon. However, her detractors say that she is not doing nearly enough to address the affordable housing crisis.

“Unfortunately, as new transit corridors are developed, property speculation and gentrification along these corridors will drive up property prices and rents,” said the labor-community coalition group People’s Alliance for Transit, Housing, and Employment.

“While Mayor Barry has suggested that the city would support “affordable” housing along with new transit lines, these plans are entirely focused on so-called “workforce housing” for families earning over $40,000/year” said PATHE in an in-depth policy statement critiquing the Mayor.

“While we understand that state law prevents transit tax revenue from being directly funneled into a housing development, the plan also includes $2.5 billion in general obligation bonds,” said PATHE. “If we can take out a $2.5 billion bond for light rail, why haven’t we done the same for housing? Why brag about $25 million for affordable and workforce housing while committing to spend one hundred times that amount in bonds for trains?”

On Wednesday, members of the People’s Alliance for Transit, Housing and Employment (PATHE), lead a funeral procession to draw attention to neighborhoods they felt are lost to gentrification.

Up the road in Louisville, gentrification is also sparking protests over the city’s plan to build a soccer stadium including $60 million in public financing Last week, city council agreed to pass the bond with only minor stipulations for labor written into the bill.

The bill sets a wage floor of only $10 an hour for stadium workers; angering many labor activists in the community.

This week, Louisville based Teamsters Local 89 won a whopping $21.6 million National Labor Relations Board settlement for Ford contractor role in firing unionized truck drivers back in 2012.

Up until 2012, Ford used unionized truck drivers employed by the firm, Auto Handling. However, in 2012, when the contract ended, Ford opted to hire a new contractor, VIUSA, and instead hire their drivers from a temp agency.

115 Reporters Fired During Union Drive at Gothamist and DNAinfo

Yesterday, billionaire Joe Ricketts, owner of the Chicago Cubs, announced that he was going to close Gothamist and DNAinfo. The closure leaves 115 reporters out of work.

The move by Ricketts comes less than a week after workers at both outlets announced that they intended to unionize. The Writer’s Guild of America East is alleging that the firings were retaliatory.

Ricketts is claiming that he closed the unit because it was profitable, while union members are claiming that Ricketts is following through on threats to close the plant if workers unionized.

“It is no secret that threats were made to these workers during the organizing drive,” the union said in a statement. “The Guild will be looking at all of our potential areas of recourse, and we will aggressively pursue our new members’ rights.”

“After seeing Northam play directly into the hands of Republicans’ racist anti-immigrant rhetoric on sanctuary cities, we refuse to be silent any longer and even remotely complicit in the disastrous, racist, and voter-turnout-depressing campaign Ralph Northam appears intent on running,” DFA executive director Charles Chamberlain said in a statement.

The denouncement made by DFA lead to a haul of cries from activists, who say that the national organization shouldn’t interfere in local Virginia politics.

Former Vermont Governor Howard Dean, who helped found the group, said that statements like the one on Northam are why he cut his ties to the organization.

Go to HuffPost to read Daniel Maran’s full story on the dustup.

— This weekend, the KKK plans to host a national gathering in Greensboro, North Carolina to mark the 37th anniversary of the killings of 5 anti-racism activists in 1979.

Like the death of Heather Heyer, the massacre of five activists served as a wake up call to many who viewed themselves as neutral in the fight for equal rights:

“Reaction from the Left was swift. In December 1979, the National Anti-Klan Network held a rally in Atlanta. A speech given by Anne Braden, a tireless campaigner for civil rights and broader anti-racist movements (and a white Southerner) was included in the first volume of the 1980 edition of Freedomways, the venerable journal of the African American Left. As always, context matters. And here Braden argued—in an argument that would have echoes elsewhere across the Left—that the nation was experiencing a moment of social and economic turmoil that threatened to give the Klan more power and more recruits.”

Read more in Robert Greene’s masterful essay capturing the mood of that moment in history here.

— This week, Paul Manafort, Donald Trump’s Former Campaign Chairman, was indicted for money laundering and failing to register as an agent of the Ukrainian government. While Manafort is gaining notoriety now for his role in electing Trump, Sue Sturgis look at Manafort role in the 1980s crafting a more sophisticated dog whistle Southern strategy:

“He cut funding for the Justice Department’s Civil Rights Division and the Equal Employment Opportunity Commission. He sided with the Christian fundamentalist Bob Jones University in South Carolina in a case over whether institutions that discriminate on the basis of race can get federal funds. He even vetoed the Civil Rights Restoration Act requiring publicly funded institutions to comply with civil rights laws, though Congress overrode him.

The day after the 1984 general election, in which Reagan won a second term in an even more overwhelming landslide, Republican political consultant and White House political aide Lee Atwater of South Carolina became a senior partner in Manafort’s consulting firm.

Atwater was known for his use of aggressive and racially charged tactics in his work with congressional campaigns, such as fake surveys implying an opponent was a member of the NAACP. In his work with Manafort’s firm, Atwater masterminded the racially charged Willie Horton attack ads run by the George H. W. Bush campaign in 1988 accusing Democratic candidate Michael Dukakis of being weak on crime.”