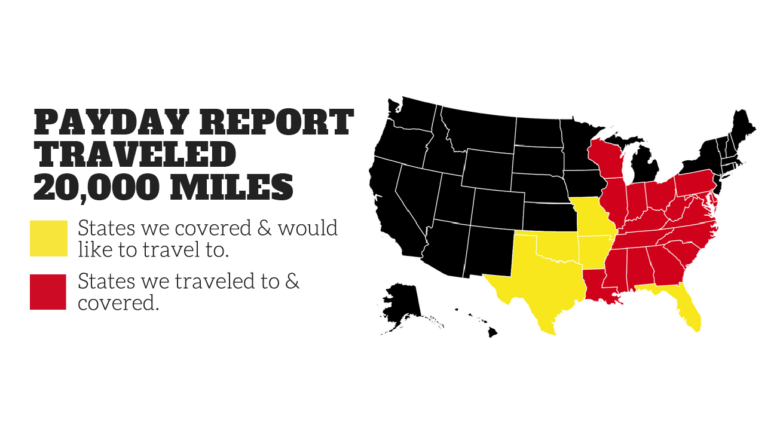 Last month, 57 readers donated $1,945 to help Payday Senior Labor Reporter Mike Elk secure a home after a year of couch-surfing. Now, we need your help to get furniture in the house and pay the rent.

Our strength of a publication is our readers and their willingness to care deeply about the people doing their labor reporting. So each month, we plan to show our readers our budget, give them a breakdown of what we produce each month—and set our fundraising goal.

This month, we need to raise $1,600 to pay the rent, buy a desk, an office chair, some dining room chairs, and pay off a speeding ticket we got down in Mississippi while covering the union election at Nissan.

The upcoming swing district Congressional special election, in the foothills of Southwestern Pennsylvania along the West Virginia border, will provide Payday a unique opportunity. After several years in the South, the upcoming election will give us the opportunity to connect labor struggles in the increasingly conservative Northern Appalachian and the increasingly progressive Southern Appalachia.

After several years covering the South, Payday Senior Labor Reporter Mike Elk has moved back to his hometown—the Paris of Appalachia, Pittsburgh, Pa.—to be closer to his family. It’s a solid union city and a growing tech hub. Payday plans to work closely with the Community Forge incubator to expand our coverage to a national audience.

Payday will continue to focus heavily on the South and new organizing, but our aim will be to connect the struggles of traditional union strongholds of the Rust Belt and Appalachia with those in the South. While the North is being hollowed out and de-unionized, and factories move from North to South, the ranks of organized labor in the South are growing.

We will also be making frequent road trips and spending a third of a time on the road. If groups want us to come to their town, North or South, we will come if you are willing to help us fundraise and help us find a floor to put our air mattress on.

But before we go anywhere, we need to have a Fort, as Founding Payday Folk Labor Ombudsman JP Wight would say. So each month, we will show you the difference between what our sustaining members give us and what we need to keep the doors open.

Here is what we did in the last month with your support as readers:

Help us build upon the successes of the last year as we seek to expand in order to cover the interconnectedness of the South, Appalachia, and the Rust Belt.

Make a one-time donation today and sign up to become a monthly sustaining donor so that we have to do this less often.