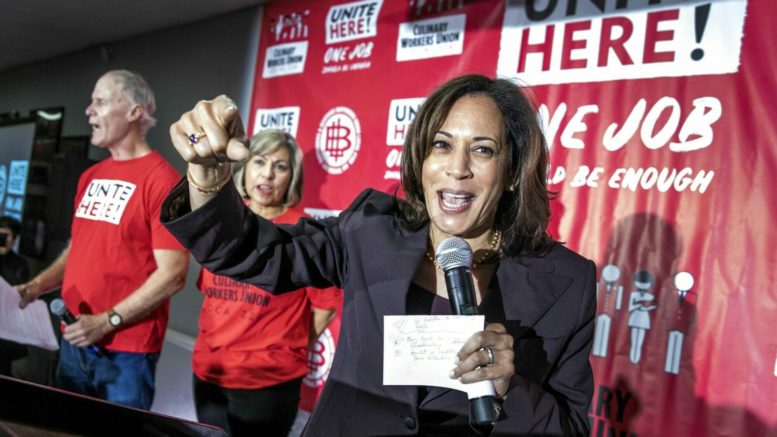 During President Obama’s administration, many were disappointed when he failed to fulfill his campaign promise to walk picket lines if workers’ rights were under attack.

But with Amazon workers in Alabama now facing a vicious anti-union campaign, one where their employer has threatened to close warehouses if they unionize, organized labor is hoping President Biden will get involved and encourage people to unionize.

Recently, Payday Report has learned from sources in the labor movement that RWDSU (as well as other union leaders) has met with the White House and sought their help to organize 6,000 Amazon warehouse workers in Bessemer, Alabama.

It’s clear the union faces an uphill battle in their fight to unionize at Amazon.

Despite the warehouse being opened less than a year ago, Amazon has in recent weeks threatened to close the warehouse if workers voted to unionize. And with workers at the plant making $15.30-an-hour, well above the average for Birmingham, some might be fearful they would lose the best jobs they have ever had.

Then a ruling in December from the NLRB made the bargaining unit encompass nearly 6,000 workers — a massive undertaking for any union.

However, unlike past failed campaigns at Nissan and Volkswagen, where the UAW had no members at all in the local area, the RWDSU has historically had a very large presence in Birmingham as there are over 5,000 members in Birmingham alone and 15,000 union members in Alabama. The historic RWDSU is also located right next to the historic Kelly Ingram Park, which is now a national monument to the Civil Rights movement.

And, unlike the failed UAW campaigns in the South that were largely driven by staff, RWDSU organizing at Amazon in Alabama is being driven mainly by rank-and-file members assisting friends and family members who are pushing for a union.

Many feel the assistance of the White House could give the union drive the needed momentum to overcome the anti-union onslaught facing workers every day in the warehouse, including anti-union ads that have been placed in bathroom stalls.

The workforce is majority Black female, and Payday Report has also learned that some labor leaders feel the involvement of the Biden-Harris administration, particularly Vice President Kamala Harris, could persuade many workers to support the union.

Already, RWDSU President Stuart Applebaum has met with the White House to discuss the situation.

“The larger labor movement has indicated to the White House that this is an important campaign, that this is a priority,” Appelbaum told Reuters in an interview today.

In a press conference yesterday, White House Press Secretary Jen Psaki said the Biden-Harris administration supported the right for workers to unionize everywhere, but would not comment on whether the administration would be more directly involved in assisting Amazon workers to organize in Alabama.

Labor leaders say that involvement from the Biden-Harris administration to help workers win an uphill victory battle at Amazon in Alabama could send a message to workers that the administration is willing to stand up for workers.

“I think it would be a good idea for any administration official to weigh in when workers are looking for fair representation,” says veteran Southern union and political organizer Chuck Rocha. “Politically this is a great way to win back working class voters.”

Union voting has begun and will continue until March 30.