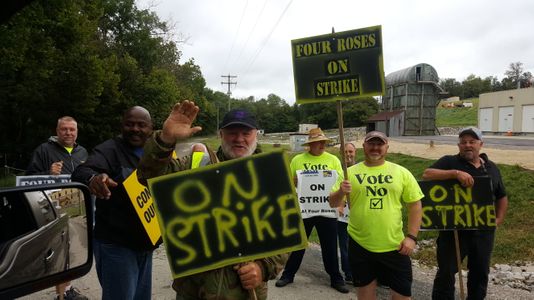 It’s the day after Payday Folks, we had a little too much fun last night at our fundraiser.

Greetings from the Mt Pleasant Public Library in the heart of Duke Ellington’s hometown Washington D.C, where Melk is recovering from an epic blowout fundraising happy hour at Marx Cafe that ended in a 2 am salsa dance party.

The party at Marx Cafe was epic in turnout and attendance and overall dance floor ability. We raised $260, only $40 short of our goal

We here at Payday take pride in that we pay all of our part-time employees $32 an hour (As the owner of Payday, I make less, but I hold sole equity so that’s cool). Unlike other left publications, we don’t believe in giving people false promises of sweat equity. We believe in paying professionals well. Your ability to donate helps our ability to build a new system of reader-labor reporter solidarity.

In December of 2013, the company took over operations at the resort. In the fall of 2014, the owners of the resort implemented a policy forbidding banquet staff from speaking Spanish on the premise.

While the company allowed workers from other regions to speak in their native language, they expressly forbid Latino workers from speaking in Spanish.

When more than two dozen workers at the facility joined together to protest the policy, some of the workers say they were, in turn, retaliated against and fired for participating in the protest.

Now the EEOC is suing the company alleging that they broke the 1964 Civil Rights Act by discriminating against Latino workers.

However, the company defended the policy saying that Spanish made some of its guests uncomfortable.

“We have taken measures to establish what we call a professional, yet aware, language practices, which again, means be aware who is in proximity … If you’re speaking a language I don’t understand, I might wonder if you’re speaking about me or just wondering what’s being said. So we’ve continued to reinforce that, so that can get cloudy in someone’s mind. I guess that’s reasonable,” said John Spomer, vice president and managing director of La Cantera Resort and Spa.

For more and a copy of the complaint, go to local ABC Affiliate KSAT

Now, after a two-week strike, the workers have ended the strike after defeating the company’s proposal to create a two-tier wage structure; effectively giving older workers better benefits than new, incoming workers.

The workers celebrated the new contract as a major victory for their willingness to go on strike.

In addition, the union won wage increases of 30 to 50 cents an hour as well as signing bonuses totaling $3,500.

Here in DC, a well-respected DSA leader, Allison Hrabar, was fired from her job as a paralegal in the Anti-trust Division.

Paralegal Allison Hrabar participated in a June protest against Homeland Security Secretary Kirstjen Nielsen, led by the Democratic Socialists of America. Hrabar’s protest led to an internal DOJ investigation, which found that she had not committed misconduct. But the head of the DOJ’s Antitrust Division, Assistant Attorney General Makan Delrahim, dismissed the investigation’s conclusion and declined to extend Hrabar’s contract, according to communications reviewed by The Daily Beast.

Right-wing media have implied that Hrabar was let go because of a sting video by Project Veritas, a conservative outlet, but the DOJ moved not to renew her contract before the video was released.

Hrabar, 24, was among a group of DSA members who interrupted Nielsen’s dinner at a Mexican restaurant on June 19, in protest at the forcible separation of immigrant families by DHS.

For more, go to the Daily Beast.

In Michigan, non-union labor is being used to lockout striking highway workers. The workers, heavy crane operators, are employed by the Michigan Infrastructure and Transportation Association (MTIA).

The lockout of heavy crane operators, who are members of Operating Engineers Local 324, has gone for two weeks now. The lockout has shut down construction projects on dozens of sites, leading to cries from union leaders that the Governor should step in to end the strike.

In an interview with the Detroit Free Press, Mike Nystrom, Vice President of the MTIA, a top political ally of Michigan Governor Rick Snyder, admitted that the contractor has been bringing in scabs to bust the highway workers union.

Michigan Governor Rick Synder this week, who pledged neutrality, in trying to get the two sides to the bargaining table said that he would bring in trained National Guard crane operators to get the road projects completed before the harsh Michigan winter strikes. Synder also threatened to apply monetary damages to the contractors if the lockout didn’t end.

Yesterday, the Michigan construction workers lockout ended as the two sides came to an agreement.

The move worried many in labor and nearly two days later, the Operating Engineers agreed to a deal with the company. The details of the deal were not available at the time of publication.

Back in the Burgh, UPMC workers are getting ready to engage in a historic strike against the company.

The excellent Ryan Deto at the Pittsburgh City Paper has the story:

Now, in the shadow of a National Labor Relations Board (NLRB) decision condemning UPMC, Evans and other workers are planning to participate in a one-day strike. Service Employees International Union Healthcare, who is helping organize the strike, estimates close to 100 workers from Pittsburgh UPMC facilities have currently signed on to strike.

“I think we deserve it, we really do,” says Evans. “It is going to take a lot more work to get people [to] stop being afraid of UPMC. I think we can do this. We have to do this. If we don’t, we are telling [management] it is fine for them to treat us this way.”

On October 4, Evans, research specialist Ellie Lalonde, cafeteria worker Ashley Smith, and others will strike in hopes of gathering support for their goal of obtaining a union. Unionization efforts by UPMC workers have been ongoing for several years.

Evans says she and other workers chose to strike in October in response to recent labor-related developments at UPMC. In August, the NLRB found UPMC illegally banned workers from discussing unionization, prohibited them from distributing information on unions, and threatened workers who were trying to form a union with poor performance reviews.

For more go to the Pittsburgh City Paper.