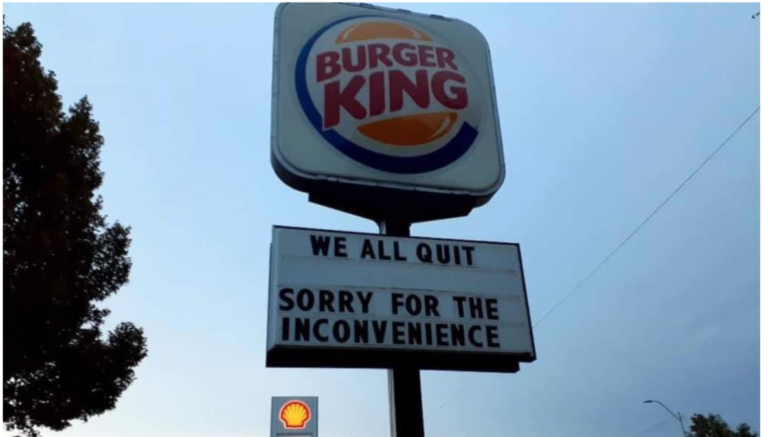 In April of 2021 alone, 649,000 retail workers quit as they felt drained from working in the pandemic and are now demanding more from their employers; it is the largest exodus of retail workers in one month since the Department of Labor began tracking the statistics 20 years ago.

But workers are not just quitting — they’re protesting and forcing employers in many cases to raise wages.

Their walk-offs are part of a nationwide trend where fast-food and retail workers have been spontaneously walking off the job and posting photos (that later go viral) of the protest signs they’ve taped on doors and windows as they leave.

And workers are still going on strike at higher numbers than they did before the pandemic — more than 1500 strikes have happened since the beginning of the pandemic according to Payday Report’s Strike Tracker. We are even starting to see some anecdotal evidence of employers locking out workers rather than giving in to their demands.

However, now is the time to focus even more on improving working conditions after so many “essential workers” risked so much during the pandemic.