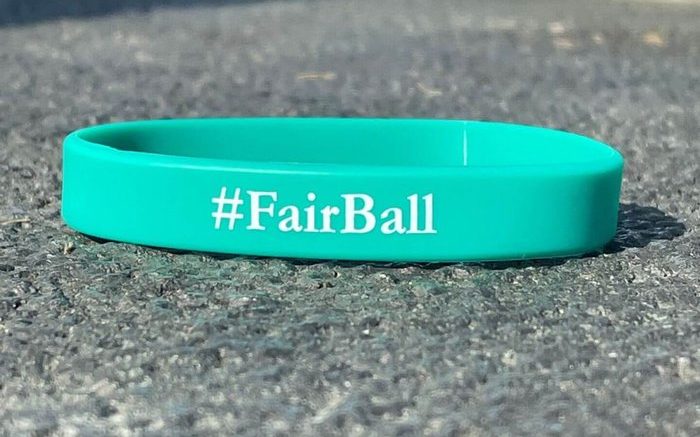 In protest of low wages in minor league baseball, players in a minor league game on Coney Island, Brooklyn wore these armbands to protest yesterday.

Players from both teams donned wristbands with the inscription #FairPlay demanding higher pay. Players at their level of High-A minor leaguers affiliates make a minimum wage of only $500-a-week. Additionally, most players are being forced to pay for their own housing as many have struggled with housing precarity this year.

Now, the historic game action by players to demand “#FairBall” has escalated things and is likely to cause more players to speak out.

“We are proud of our significant victories this year,” Marino added, “but there is much work yet to be done. We are excited by today’s national event, which proves that players and fans alike are ready to do that work.”

“By any measure, this has been a season of progress for Minor League players,” Marino added. “As a result of public pressure, a number of teams changed their housing, extended spring training, and meal policies mid-season. Other teams are actively considering changes for next season. We greatly appreciate every player and fan who took action over the last few months–your work has made a real difference.”

Be the first to comment on "In Historic 1st, Minor League Players Hold On-Field Protest over Low Pay"