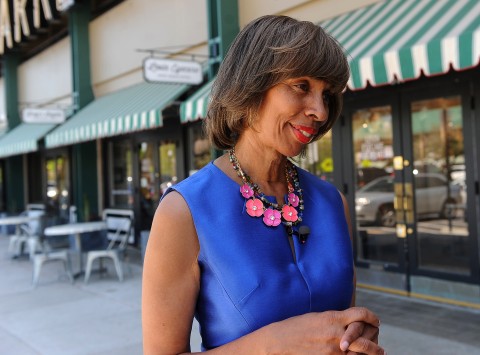 Baltimore Mayor Catherine Pugh, who recently vetoed a bill that would have raised Baltimore's wages to $15 an hour.

Payday Senior Labor Reporter has driven over 3,000 miles during the past three weeks as part of the  “Southern Resistance Road Tour Reporting Trip” gathering stories and fundraising. He’s done an incredible amount of reporting and talking to folks and is currently working on a few long stories about the trip that he will be filing in coming weeks.

This past week, Payday was in Baltimore visiting “The Real News Network” when news broke that Baltimore Mayor Catherine Pugh had vetoed a bill that would have raised worker’s wage to $15 an hour. Moments after the decision, Payday Senior Labor Reporter Mike Elk talks about what the veto means in a broader national context outside of Baltimore City Hall with Real News Network producers Jasail Noor.

Elk gives a preview of an article he is working on about how Baltimore Mayor Catherine Pugh’s veto of $15 an hour minimum wage shows that the corporate wing of the Democratic Party is still very much alive and willing to take votes against worker’s interests.

Be the first to comment on "In Baltimore, Payday on TV Talking Mayor’s Veto of $15 an Hour Min Wage"