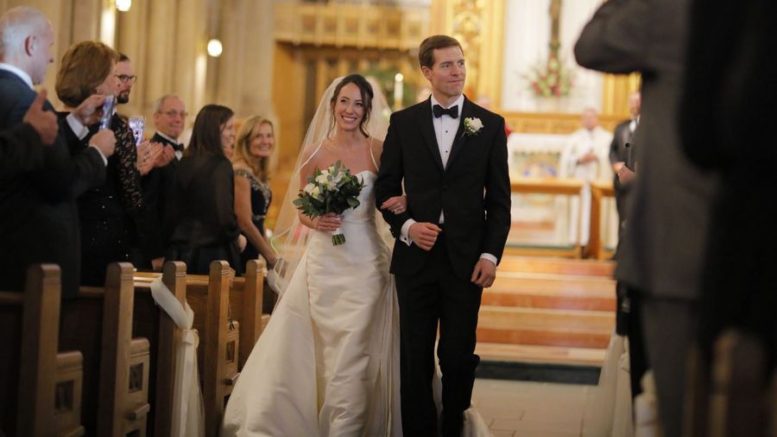 Now less than a month about the publication of the expose, Payday has learned that Hayley Haldeman is resigning from Jones Day and will take a job as the interim executive director of the Mattress Factory, a non-profit art gallery in Pittsburgh.

In resigning from Jones Day to work at the nonprofit, Haldeman is likely taking a considerable salary decrease from Jones Day, where lead associates with 7-8 years experience like Haldeman making on average between $300,000 and $350,000; nearly twice the salary of Congressman like Lamb, who make $174,000 a year.

When reached for comment about how much Haldeman was making at the art gallery, which will likely benefit financially from the addition of a Congressman’s wife as interim director, the Mattress Factory hung up on Payday Report.

After the publication of our expose on the financial conflict of interest presented by Lamb’s marriage to Jones Day’s Haldeman, Lamb’s camp received significant push back from local labor leader both privately and locally.

“Don’t expect anyone from labor to ever trust this S.O.B. again”, wrote on Facebook retired UE News Editor Al Hart, a former spot welder, whose home local was being targeted by the Jones Day office, where Haldeman worked.

Routinely, members of Congress are asked by organized labor to lean on local employers to settle fair union contracts. However, having a wife employed at Jones Day, which represents many of the local anti-union employers, presented a clear financial conflict of interest that angered many in organized labor.

Haldeman’s resignation from Jones Day comes a week after Lamb reversed his position on $15 an hour minimum wage, a level that when he said was “too high” when he was campaigning.

As one of only 18 Democrats to vote for a resolution praising ICE, Lamb’s view on immigration have also put him at odds with many in the increasingly immigrant-driven labor movement.

Congressman Lamb’s office did not immediately return a request for comment when contacted by Payday on Saturday afternoon.